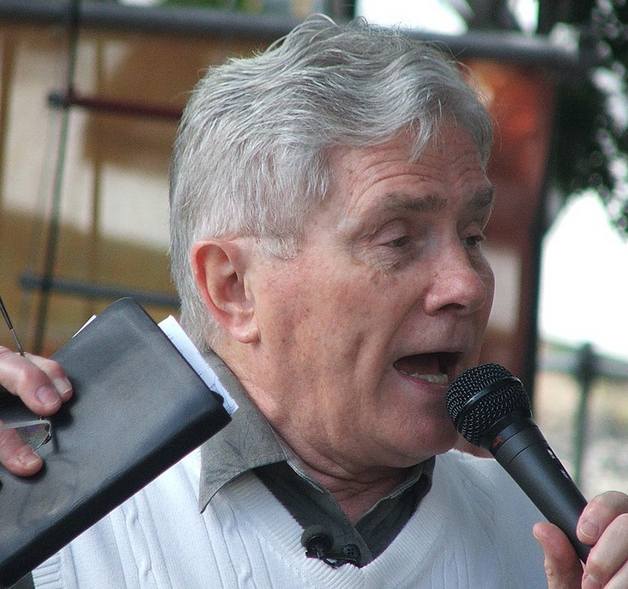 International evangelist Luis Palau has finally succumbed to his battle with cancer, passing away today at age 86.

Battling lung cancer for the last two years, the Argentinan born minister, who moved to Portland in his mid-twenties to enroll in a graduate program in Biblical studies, died peacefully early this morning at his home in Portland, Oregon..

Palau had a long and close relationship with evangelist Billy Graham, and has been characterized by many as Graham’s successor. One of the world’s leading evangelical Christian figures, he was known for his strong appeal to young people and for his efforts to reach out to secular leaders to address issues like homelessness.

He recently stated, “I have no regret in pouring out my years, from the time I was a boy, for the sake of the Good News. If I was given a thousand lifetimes, I would dedicate them all to the same calling.”

Lat week, his four sons issued an update on their father’s health, sharing that ‘the end seems near’ for the well-respected evangelist.

“As you know, dad has been fighting lung cancer for more than three years. For most of that time he has felt great. It has been a blessing,” explained Kevin, Keith, Andrew and Steve Palau.

They went on to share how their father’s health took a turn for the worse at the beginning of the year:

“He spent two weeks in the hospital in January, dealing with heart and lung issues. Although the doctors thought they had stabilized his condition and were happy to send him home, he returned to the hospital last Friday.

“After meeting with doctors, the decision was made to stop all treatment and start on hospice care. All the medications and treatments were proving to be too much for his body to handle. On Tuesday, Dad returned home where he can rest, be more comfortable, and spend time with family.”

In addition to citywide evangelistic festivals, Palau’s worldwide ministry has grown to include three international daily radio programs in both Spanish and English, reaching more than 48 nations; a Global Network of Evangelists, inspiring and encouraging thousands of evangelists around the world; a City Gospel Movements effort, focused on training and equipping city leaders to better engage with their community; extensive television outreaches; and a digital evangelism effort which reaches millions of individuals each year through social media.

Through all these efforts, Palau and his team have partnered with tens of thousands of churches to lead millions of individuals in decisions to follow Jesus Christ.

As an author, Palau published dozens of books and booklets throughout his lifetime. Some of his most well-known books, including God is Relevant, ¿Con quién me casaré? (Whom Shall I Marry?), Where is God When Bad Things Happen?, and Say Yes!, have been translated into dozens of languages and distributed into the hundreds of thousands. His Bible commentary in Spanish is recognized as one of the best in the field. His Starting Point Study Bible (published with Zondervan) was a 2003 Gold Medallion finalist for best Bible of the year. His video courses in Spanish have helped train tens of thousands of pastors and church leaders. And more than 10 million copies of his most popular booklet, What is a Real Christian?, have been distributed in over 60 nations.

Luis Palau is survived by his wife, Patricia; his sons Kevin, Keith, Andrew, and Stephen; his daughters-in-law Michelle, Gloria, and Wendy; his sisters Matilde, Martha, Catalina, Margarita, and Ruth; his brother Jorge; 12 grandchildren; and many beloved extended family.

A private memorial service will be held in Luis’ home town of Portland, Oregon, and will be livestreamed for the general public at www.LuisPalau.org. In lieu of flowers, memorial gifts may be made to the ongoing ministry of the Luis Palau Association, online at www.palau.org, or via mail, sent to the Luis Palau Association, PO Box 50, Portland, OR 97207.