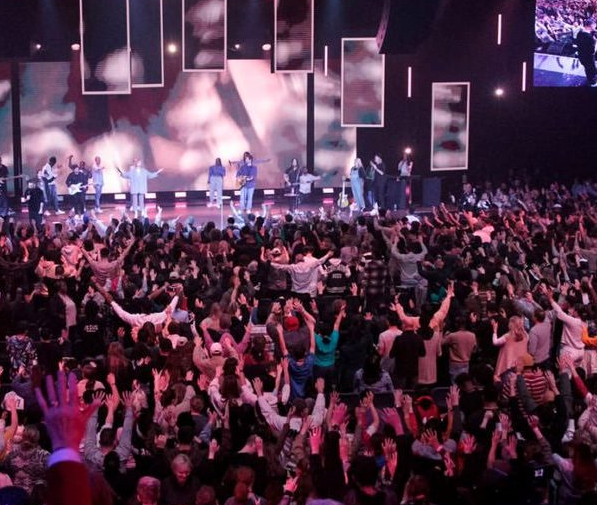 Hillsong’s new senior minister has spoken out on the changes the church is making after a lawsuit has been lodged in court alleging financial misconduct at the church.

Phil Dooley has addressed the church after it is now forced to endure additional public scrutiny as a former employee has filed a lawsuit against the megachurch, alleging “financial misconduct and dubious expenditures”.

Natalie Moses, who worked at the church in its accounts department, has lodged her claim in the Federal Court via law firm Maurice Blackburn, claiming the church moved millions of dollars in payments through overseas entities to avoid scrutiny by the Australian charities regulator.

The 25-page claim statement filed by Ms. Moses’ lawyers with Maurice Blackburn contains allegations that Hillsong has illegally concealed its international transfers by making payments through its US-based entities.

Hillsong Church has yet to file a response in federal court and Ms. Moses is the sole source of the allegations in her statement of claim.

Now, Pastor Dooley has responded, updating church members on the progress Hillsong is making to “bring significant change to our organisational structure”. In a message to the church, he said that more information will be revealed at a Church Update evening scheduled for Tuesday, August 23.

“I have also given you a commitment that we will keep you informed of developments and issues that arise in an open and transparent manner as we move forward into the future that God has for us,” Dooley said.

“In this light, I wanted to inform you of a legal case that has just been lodged against Hillsong Church by a staff member,” he stated, in reference to the case lodged by Ms Moses. “This case involves employment issues, however it includes various allegations that pertain to church finances.

“While I’d like to provide you with more specific details I unfortunately cannot, because while the claims can be publicised, it is inappropriate to respond or comment publicly because the matter is before the court. However, I can assure you that my heart, and the desire of our leadership, is to deal with this matter as we approach any other issue – with humility, love, and prayer.”

Since taking over the role of senior pastors, both he and his wife Lucinda are being forced to stamp their own mark on the famous megachurch in an effort to distance it from ongoing controversy. In what will be a new era for Hillsong under new leadership, the Dooleys will need to carve out a new path now that the church’s founders and two of the most high profile Christian leaders, Brian and Bobbie Houston, are no longer part of its future.

“While I have been advised that during the court process we will defend these claims, I also acknowledge that there are many things we must do – and are already doing – differently to how we have operated in the past,” Pastor Dooley continued. “This is a new day for Hillsong, and we are today a different church to what we were even a year ago. When issues like this arise, our first response must be to look to the Holy Spirit and be led by Him.

“Please keep in mind that anything you may hear, or that may be reported, are allegations that are untested and unproven. But equally, I want you to know that if throughout this process we find that we need to make changes, we will. We are confident that truth will prevail, and we appreciate your prayers.”