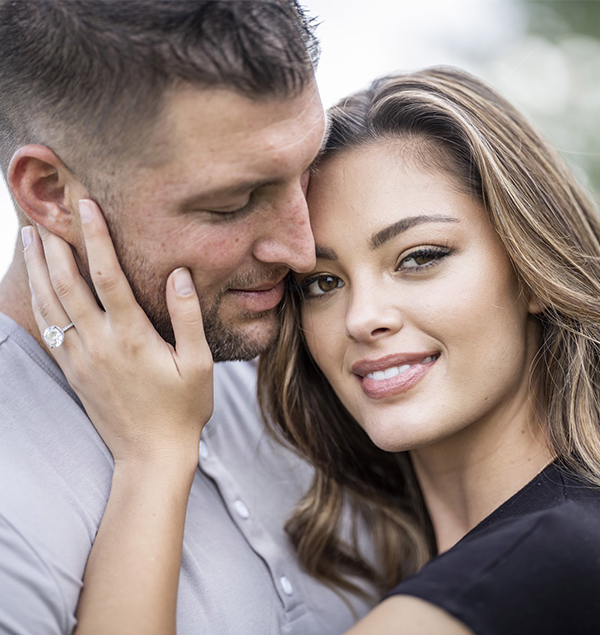 The high profile Christian athlete, who pledged to remain a virgin until married, tied the knot in the South African city of Cape Town. Nel-Peters is the former 2017 Miss Universe, the pair marrying in her hometown.

Tebow, who swapped football for baseball, is aiming for a start with the New York Mets.

“I’ve been looking forward to three things,” Tebow told People before the wedding. “The first moment I see her in her wedding dress, the first kiss, and the first dance together as man and wife. It’s such a special night.

“I’ve been waiting my entire life for someone special, who I can spend the rest of my life with. I was waiting for the right person to come along. And now I’m marrying Demi. I can’t wait to see what our future holds. All of my dreams have come true. It was 100 percent worth the wait.”

The couple met in January 19 and will return to America. Nel-Peters is based in the us as a model signed with IMG.

Tebow played for the Denver Broncos and the New York Jets. He is a minor league outfielder in the New York Mets organization. Tebow is known for his outspoken Christian faith as well as his athletic prowess; his practice of genuflecting in prayer on the football field has become known as “Tebowing”.

During his college football career, Tebow frequently wore references to biblical verses on his eye black. In the 2009 BCS Championship Game, he wore John 3:16 on his eye black; the verse was the highest-ranked Google search term over the next 24 hours, generating over 90 million searches.

Additionally, later, when Tebow switched to another verse, there were 3.43 million searches of “Tim Tebow” and “Proverbs 3:5-6” together. Tebow stated of the searches, “It just goes to show you the influence and the platform that you have as a student-athlete and as a quarterback at Florida.”

The NFL already had a rule prohibiting players from wearing messages on eye black, so Tebow could not have continued the practice in the NFL