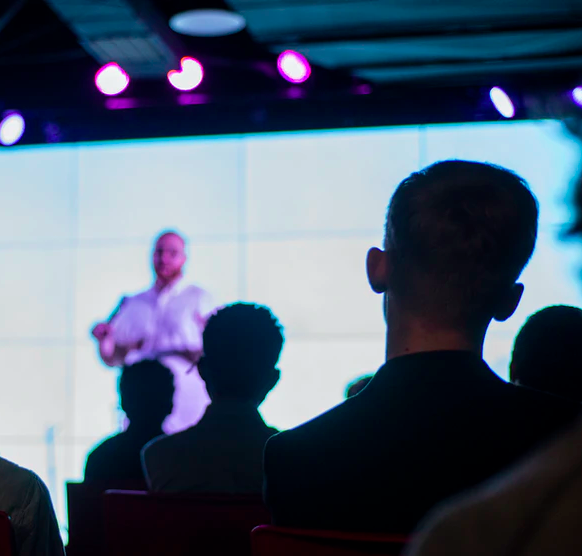 In a recent documentary, I discussed the rapid decline of America and the desperate need for serious prayer and fasting. To say that we are at a crossroads is an understatement—we are in the crosshairs.

This is an urgent call to the pulpits of America. America’s lukewarm temperature is caused by a lack of fire in the pulpit and apathy in the pew. Leonard Ravenhill once lamented, “We need more prophets in our pulpits and less puppets.” That same cry goes out today. We simply cannot remain silent.

Is Saving America the Mission of the Church?

CNN recently released an article quoting pastor Andy Stanley who said “saving America is not the mission of the church.”

I don’t know Pastor Stanley, nor do I know his heart, but he highlights a real dilemma in our nation—prophetic voices who lack humility. In short, many bold preachers don’t weep before they whip (cf. John 2:13-16). But balancing love with anger over the condition of our nation, families, and churches is a hard balance to find.

People who say things such as, “Saving America is not the mission of the church,” often use this phrase to justify their silence on important issues. Biblically speaking, it’s impossible to be non-confrontational to a culture hell-bent on rejecting God. We can’t be “unhitched” from God’s Word.

But Shane, Can You Answer the Question?

Back to the question, “Is saving America the mission of the church?” Of course not, but shouldn’t we desire godly leaders and laws that align with God’s Word and not be shamed for it? Shouldn’t we want to protect our borders and our children without being chastised? Shouldn’t we be a voice to those who have no voice and stop the slaughtering of the innocent?

The dilemma Pastor Stanley and others face is that they can’t have their cake and eat it, too. They can’t avoid controversial topics in the hopes of not offending. Watering down difficult topics is exactly why America is drowning in a cesspool of moral relativism.

CNN quotes Stanley because, in their eyes, he supports their narrative. You won’t find secular news outlets quoting and supporting bold preachers. Why? Because bold, Christ-centered, truth-elevating preaching exposes and dismantles their agenda. If secular news outlets are on your side, are you sure that you’re on the right side?

My goal isn’t to divide the Body of Christ, but to convict it. I don’t have a beef against Pastor Stanley (I’m sure he’s a great guy), but if a Christian leader says controversial things, can’t we lovingly challenge their words? This isn’t dividing the Body, rather it’s sharpening our iron (Prov 27:17).

Many of us are becoming weary of the silent pulpit that seems more comfortable slamming bold saints than confronting blatant sinners. Weak sermons from woke pastors won’t convict the sinners who need redemption.

A person who is considered “woke” prides themselves on being extra sensitive and aware of racial and social discrimination and injustice. This isn’t necessarily a bad thing. It all depends on the motive of the person using the phrase.

If we repent of our skin color, dislike policemen, disdain America, and support sexual perversion by our silence (all under the banner of “wokeness”), we are in deep trouble. If we won’t preach the truth because some in our audience are on the other side of the political spectrum, we aren’t pastors, we are appeasers.

Love of Country Over Love of People

Love of country shouldn’t take precedence over love of people, but doesn’t loving people also mean loving the country in which they live?

What many are really saying is: If you vote for a mean-tweeting President, care about God-given freedoms, and talk about hot-button issues, you don’t love people. With all due respect, that simply is not true!

Is it even possible for Christians to embrace a political party without hurting the feelings of the other party? No, it’s not. This is the dilemma of Pastor Stanley and other leaders. Instead of asking, “How can we not offend others?” they should be asking, “Are we offending God?”

There Must Appear a New Type of Preacher

A.W. Tozer hit the nail on the head decades ago: “If Christianity is to receive a rejuvenation, it must be by other means than any now being used … there must appear a new type of preacher.”

Tozer continues, “The proper, ruler-of-the-synagogue type will never do. Neither will the priestly type of man who carries out his duties, takes his pay and asks no questions, nor the smooth-talking pastoral type who knows how to make the Christian religion acceptable to everyone. All these have been tried and found wanting.”

He concludes, “Such a man is likely to be lean, rugged, blunt-spoken and a little bit angry with the world. He will love Christ and the souls of men to the point of willingness to die for the glory of the One and the salvation of the other. But he will fear nothing that breathes with mortal breath.” God, give us more prophets and less puppets!

Those who have been called to preach will confront compromise, condemn moral digression, and powerfully denounce sin in the hope of reconciling man to God. The world despises them because they challenge the sin the world enjoys. Trying to please a Christ-rejecting world is an exercise in futility.

Although ruffling feathers is not our goal, we will step on toes from time to time when we speak the truth. This can’t always be avoided, nor should it be.

Weak and woke won’t turn America around, but neither will pride and arrogance. Speaking the heart of God flows from a reservoir of brokenness and time spent with Him. How are you doing in this area?

Whether you’re on the Right or the Left, you must be on the right side of God’s Word.

We need more men like the Old Testament prophet Micaiah, who said, “As surely as the Lord lives, I will speak whatever the Lord tells me” (1 Kings 22:14).