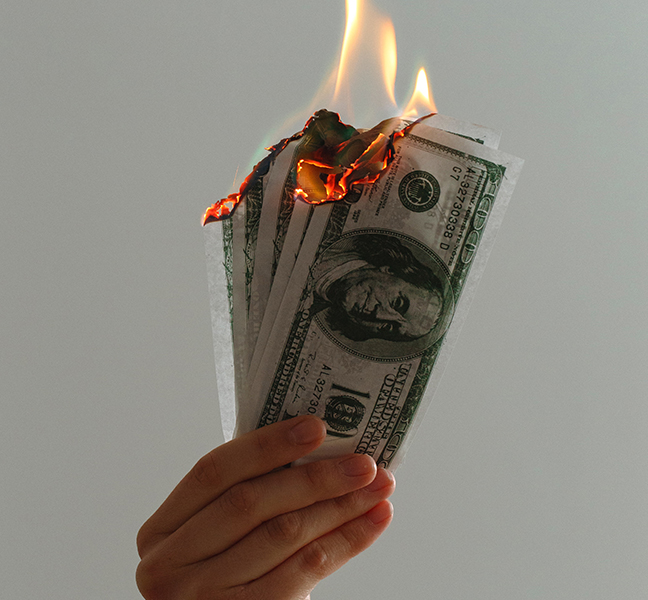 Just recently, I watched a fantastic movie on Netflix about John Paul Getty called ‘All the Money in the World’.

Towards the start of the movie, Getty’s son, Paul Jr., who was estranged from his father, told his wife that they couldn’t afford something because they were poor. She was quick to respond, “We’re not poor; we’re broke.”

This was actually a profound statement and one I would put to you if you’re feeling like you’re short on cash.

RELATED
Yes, you can be a Christian and crazy successful in business

You see, there is a major difference between being poor, and just being short on cash. Poor is a mindset issue. Someone who is poor may always be that way because they may have little or no financial education, they have no mentors or people around them to show them the way out of their current situation, and they are stuck in their mind with no way out. Some call it a ‘poverty mentality’.

Broke, on the other hand, is a temporary situation. You can be broke today, or maybe just short of cash, but with time and educating yourself, you can get back on the pathway to saving money or digging yourself out of a hole.

There will be many people who are broke after Covid-19 in terms of losing a job or business, but they can climb back. A poor person, however, is stuck in the walls of their mind.

If you’re broke, then there is a hope and a future for you, and you need to be patient and go through the season you are in. if you’re poor, then you don’t have to be. In fact, you can get to work on how to get out of being poor and instead create a vision for your life.

If you don’t have any mentors around you to dig you out of the hole you are in, while there is a plethora of free information online in the form of Youtube videos and blogs, my advice is to also go to the book of Proverbs for the ultimate wisdom on how to live.

I aim to read one Proverb every day so I can keep my life on track with God’s wisdom. I encourage you to do the same. Proverbs has fantastic wisdom on how we should live our lives.

It’s a little similar to the saying, ‘Give a man a fish and you’ll feed him for a day. But teach a man to fish and he will be fed for life’. Once you have the tools to get ahead in life, you’ll never be poor again.

This article first appeared on Entrepreneur Daily, a website focused on helping Christians in business.