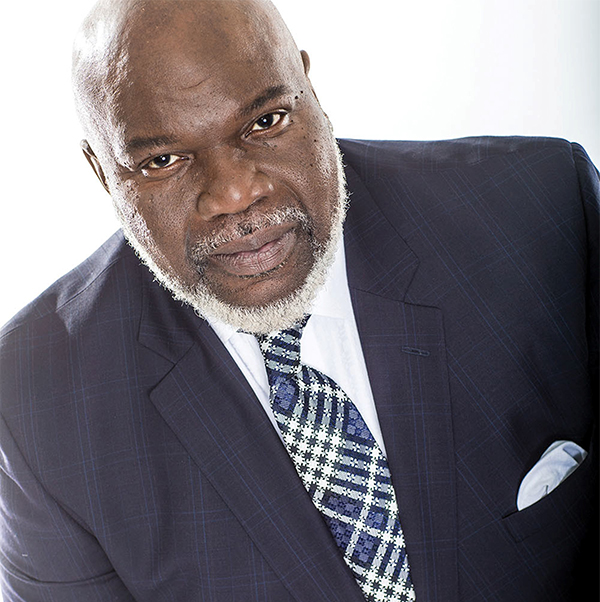 While many pastors have spoken out over the death of George Floyd, Hillsong New York pastor Carl Lentz has been particularly outspoken.

Coming up with the hashtag #occupyallstrreets, Lentz is a new breed of pastors trying to not just do church, but be the church to society.

With the church in lockdown and services being held virtually, Hillsong took the opportunity Sunday to interview T.D. Jakes over the death of George Floyd in Minnesota.

T.D. Jakes, the pastor of megachurch The Potter’s House, said, “”This is not a new problem. It’s not the result of the pandemic. It’s a result of a spiritual pandemic and a cultural pandemic that has existed in America from the very foundations. We’ve never dealt with it, we don’t talk about it. It’s taboo to discuss it.

“The church has a very difficult history when it comes to racial issues. We have been complicit, participants and now we have just been silent. I don’t know which one is worse..both of them are traumatic.”

T.D. Jakes went on to tell Lentz, “ Our silence is abuse.”

Lentz stated that, “This is a crucial point right now in this climate of pain and exasperation. To our police, I pray you consider these heartfelt words from @bishopjakes ..the current system relies on protecting the wrong thing. It can’t stand, if honorable people step up, speak out and demand something better.

“I believe we are in a moment in history right now, a cultural tipping point,” Lentz said at the start of Hillsong’s broadcast (which you watch in full below). “And the Church of Jesus Christ is gonna rise up and shine a light.”

In scenes not seen since Rodney King riots back in the early nineties, American cities have had to be locked down, this time from riots over the murder of 46 year-old George Floyd, as the sacked police officer, Derek Chauvin, suffocated him while holding him pinned to the ground.

“As far as I can tell, George Floyd did not get anything from Burger King, and he did not kill anybody,” Jakes said.

“This guy wasn’t fighting, he wasn’t resisting arrest. We’ve seen people have their hands on the wheel and they’ve still got shot.”