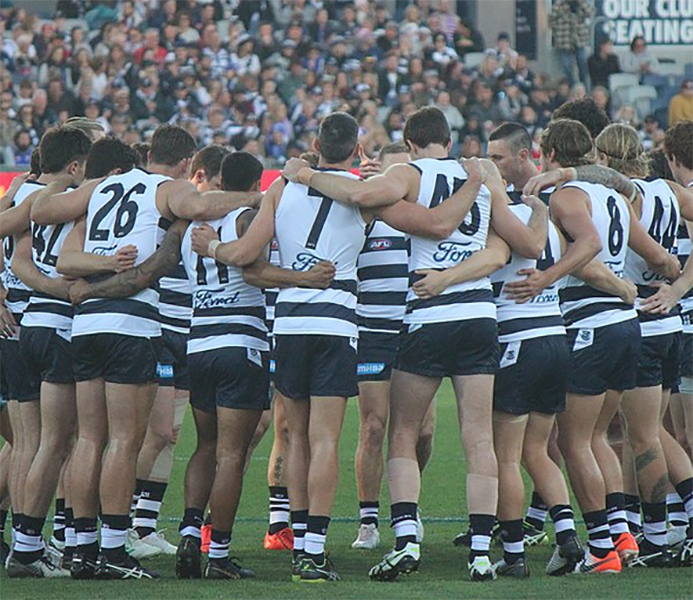 The first thing I read from the Bible today was this verse: “Work hard so you can present yourself to God and receive his approval. Be a good worker, one who does not need to be ashamed and who correctly explains the word of truth“ (2 Timothy 2:15). It was timely for me to read this as Paul infers that there is an incorrect way to explain Scripture. This leads me to a question I was asked yesterday:

“Hi Pastor Rob, Gary Ablett Snr has posted a half-hour video on end times. He may be a bit off track with some of his views. I would be interested in your thoughts.” So, here are my thoughts.

Firstly, Gary was a fantastic footballer! Probably one of the greatest AFL players of all time. He is a four-time All-Australian and three-time Coleman Medallist. He was inducted into the Australian Football Hall of Fame and was named in the AFL Team of the Century.

Now, I know a few things about football, and I could go on the Internet and find out more. But I would not upload a 27-minute video of me talking about footy. I’d leave that to Gary. But these days, every man and his dog can talk about the Bible, whether they’re qualified or not. They’ve done the research (read, google-search) and, as Gary says, “I haven’t said anything that I can’t back up with solid evidence.” The “solid evidence” turns out to be three messages from NZ evangelist, Barry Smith, who passed away in 2002.

In the 27-minute video titled “What’s really going on and who’s behind it all,” (below) Gary says, “I’ve studied a lot of end times Bible prophecy, and it’s all happening right now.” He talks about the Illuminati takeover of the world, a New World Order and the antichrist, and his belief that COVID-19 is human-made. My intentions for writing this blog are not to criticise Gary Ablett. He is my brother in Christ, and I don’t doubt his sincerity. But I believe he is sincerely wrong. So, let’s take a look at what the Bible says about these things as I seek to be one who “correctly explains the word of truth.”

The “end times” are frequently spoken of in evangelical/Pentecostal churches, but this expression is not found in the Bible. The Bible does talk about the last days, however: “In the last days, God says, I will pour out my Spirit on all people” (Acts 2:15). These words were quoted from the prophet Joel by the apostle Peter on the Day of Pentecost in AD 30. So, the last days began approximately 1,990 years ago. The writer of Hebrews says the last days began with Jesus (Hebrews 1:2). Are we living in the last days? Yes, we have been for quite a while!

Sadly, much of what has been taught about the so-called end times is frankly wrong. The foundation for “modern” Bible prophecy interpretation was laid in the 1800s by John Nelson Darby of the Plymouth Brethren. The 1909 publication of the Scofield Reference Bible caused Darby’s views to go mainstream.

John Nelson Darby became the Plymouth Brethren’s dominant personality but, in 1845, disputes over doctrine split the Brethren. Darby’s followers formed a closely-knit federation of churches and were known as Exclusive Brethren. This cult still exists today, although it has suffered further splits over the years. The “prince of preachers,” Charles Spurgeon, also claimed Darby’s teachings to be false. And so, much of the modern understanding of Bible prophecy originated from a heretical cult leader. These false interpretations of Scripture were then popularised by books and movies (like the Left Behind series) and perpetrated by many preachers.

The Illuminati was founded in Bavaria on May 1, 1776. However, unlike Gary Ablett’s claims, they were not dedicated to global domination. Its purpose was to discuss what was at the time dangerously radical ideas (secularism and women’s rights). Carl Theodore, the Duke of Bavaria, banned the group in the summer of 1784, and three years later, the society was no more. Now, if you go online, you’ll find that you can join the Illuminati. There’s an address in Nigeria, and they want your money! Other than that, the Illuminati only exist in the minds of conspiracy Christians.

Gary Ablett spoke of the “New world order” “so they can put Lucifer on the throne of the world.” The Bible doesn’t mention a new world order either by word or concept. It’s just not there!

In fact, the only thing that comes close to a new order is found in Hebrews 9:10: “They are only a matter of food and drink and various ceremonial washings—external regulations applying until the time of the new order.” Hebrews is a beautiful reflection on the Old and New Covenants (Testaments) and why the “New” is better than the “Old.” In chapter nine, the author compares the Old Covenant worship practices of animal sacrifice, various gifts & ceremonial washings with the New Covenant based on the once-for-all sacrifice of Jesus. Jesus ushered in a new order of worship. At the end of this age, God will create a new heaven and a new earth and lead us into a new era (Revelation 21-22; Mark 10:30).

Many Christians believe in the arrival of a man who will lead a one-world government that brings in the “New world order.” I wrote about this fictional character in a blog recently, so I won’t say too much here.

In short, anyone who opposes Christ is the antichrist. But these people are not the same as the Beast of Revelation 13, who is often mistakenly called the antichrist. The Beast is not a person – people rarely crawl out of the sea sporting seven heads with ten horns! The Beast is the Roman Empire of the first century which, amongst other things, persecuted God’s people, especially during the reign of Nero. Nero Caesar’s name has a numeric value of 666. It could be said that any world system that stands opposed to, and persecutes, followers of Jesus is an antichrist system. But a man who will lead a one-world government is a mythical figure and the figment of an overly fertile imagination!

Gary Ablett says COVID-19 is Human-made and deliberately released to crash the global economy, introduce a cashless society, Mark of the Beast, WW3, and reduce the population to 500,000. Apparently, it will be easier for the Illuminati to control half a million people rather than 7.7 billion!

This conspiracy theory first surfaced in March, stating that COVID-19 was made by scientists and had escaped from a lab in Wuhan, China, where the outbreak began. On April 16, the U.S. government said it was investigating this possibility. A group of researchers compared the genome of this novel coronavirus with the seven other coronaviruses known to infect humans: “Our analyses clearly show that SARS-CoV-2 is not a laboratory construct or a purposefully manipulated virus.”

But why let the facts stand in the way of a good conspiracy!

Gary makes many other claims in his video:

Antichrist will make a seven-year peace treaty with Israel and the Arabic nations.

The Jews will rebuild their temple.

The antichrist will set up his image in the temple.

A global economy and cashless society are coming and will be controlled by the Illuminati.

These things have NO FOUNDATION IN SCRIPTURE!

Gary Ablett and I find strong agreement with his love for Jesus and looking forward to his return. Like Gary, I want to see people discover God’s love for them and the forgiveness and freedom that Jesus gives. But scaring people with baseless claims that vaccines will kill us and change our DNA forever (what both?) is not the Christian way.