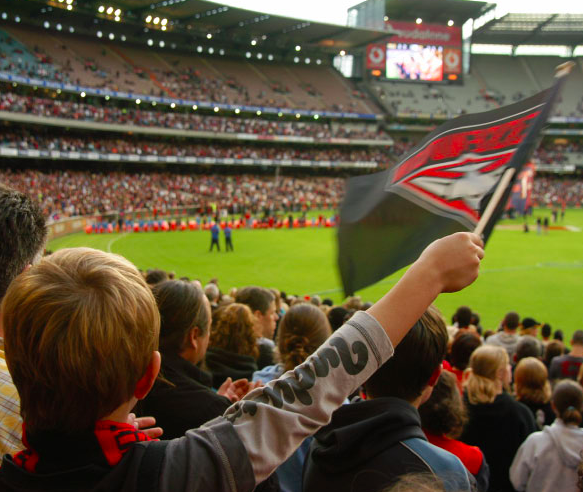 Australia has drawn a disturbing new line in the sand after the incoming CEO at an Australian Rules football club was forced to stand down over his church’s stance on abortion.

And it all relates to a sermon posted on the website of the church he is Chairman of back in 2013.

Andrew Thorburn, the incoming CEO at the Essendon Bombers, was forced to resign from his role barely 24 hours into his tenure after the club ruled he could not simultaneously hold the position while being the chairman of the City on a Hill church, based in the city of Melbourne.

Mr Thorburn’s resignation comes after it emerged the church he leads has published a series of articles that criticized homosexuality and abortion. His appointment was announced on Monday, and he was due to take over the AFL club on November 1. By Tuesday, his role was finished.

Thorburn is the ex-CEO of the National Australia Bank, one of the highest and most prestigious executive roles in Australia. His experience in running a multi-billion dollar organization means that accepting a role in an Australian football club was a major downsizing for a businessman of his stature.

However, as cancel culture continues to demolish anyone who thinks outside of current trends, Thorburn has not only been personally ridiculed for his faith, but Australia has made a very strong statement against Christians being able to accept high profile – and high paying – roles.

His resignation comes after media outlets found content on the church’s website relating to its beliefs on abortion and homosexuality.

According to Australia’s Fox Sports, while the club’s Chairman, David Barham insisted he had done a thorough reference-check on Thorburn before the board appointed him as CEO, fellow club great Tim Watson admitted the optics were “horrid”.

“You just look at it at face value and so many people have told me that all you had to do was Google him and you’d find out the church he represented and what their beliefs were and Essendon could have found that out easily,” he said on SEN Breakfast.

“They said they understood that he was the chairman of the church, but it wasn’t apparent to them about the sermon back in 2013 and that that was part of the church’s beliefs.

“Clearly the process wasn’t rigorous enough and it wasn’t robust enough and the due diligence that needed to be applied to it wasn’t there and that goes to the heart of the football club and other appointments you make.”

According to his bio on the church’s website, “Andrew and his wife Kathryn have been attending City on a Hill since 2014. Andrew became a Christian in 2002 and believes the gospel of Jesus is transformative and brings ultimate meaning to life. Andrew had a long career in banking in Australia and New Zealand, and now works in impact investing (particularly social impact investing), and in supporting start ups with a particular interest in climate and indigenous development. Andrew has a Commerce degree and an MBA, and is an accredited Sports Chaplain. As well as being on the City on a Hill Board, he is also a City on a Hill Warden.”

Essendon cited the reason for the decision to stand him down was “a clear conflict of interest with an organisation whose views do not align at all with our values as a safe, inclusive, diverse and welcoming club for our staff, our players, our members, our fans, our partners and the wider community.”

Thorburn released a statement surrounding the incident, which can be read below:

Yesterday was one of the proudest days of my life. To be offered the role of CEO of the Essendon Football Club – who I have followed since I was a boy – was a profound honour. At last night’s Crichton medal, I could hardly contain my passion and wonder at the opportunity. I love the club, love the people, and was incredibly excited about the work ahead. I had seen a picture of a club that was not as broken as feared, and that with leadership and focus, could rebound strongly. However, today it became clear to me that my personal Christian faith is not tolerated or permitted in the public square, at least by some and perhaps by many.

I was being required to compromise beyond a level that my conscience allowed. People should be able to hold different views on complex personal and moral matters, and be able to live and work together, even with those differences, and always with respect. Behaviour is the key. This is all an important part of a tolerant and diverse society. Let me be clear – I love all people, and have always promoted and lived an inclusive, diverse, respectful and supportive workplace – where people are welcomed regardless of their culture, religious beliefs, and sexual orientation. I believe my record over a long period of time testifies to this.

Despite my own leadership record, within hours of my appointment being announced, the media and leaders of our community had spoken. They made it clear that my Christian faith and my association with a Church are unacceptable in our culture if you wish to hold a leadership position in society. This grieves me greatly – though not just for myself, but for our society overall. I believe we are poorer for the loss of our great freedoms of thought, conscience and belief that made for a truly diverse, just and respectful community.

My faith is central to who I am. Since coming to faith in Jesus 20 years ago, I have seen profound change in my life, and I believe God has made me a better husband, father, and friend. It has also helped me become a better leader. That is because at the centre of my faith is the belief that you should create a community and care for people, because they are created by and loved by God and have a deep intrinsic value.

As it happens, I do sometimes disagree with things I hear in church – but I believe strongly in the right of people to say them, especially when taken in context. Reducing complex matters to a sentence is dangerous. Australia has a long tradition of diversity and religious freedom, and that must include preserving space for religious people to be able to express their religious beliefs. I am saddened by these events. I wish the Club success, and thank Dave Barham in particular for the opportunity he gave me. I hope the external review leads to great change. I am truly sorry that I will not be able to work with the whole Essendon team, and Brad Scott and Josh Mahoney in particular. 4 October, 2022