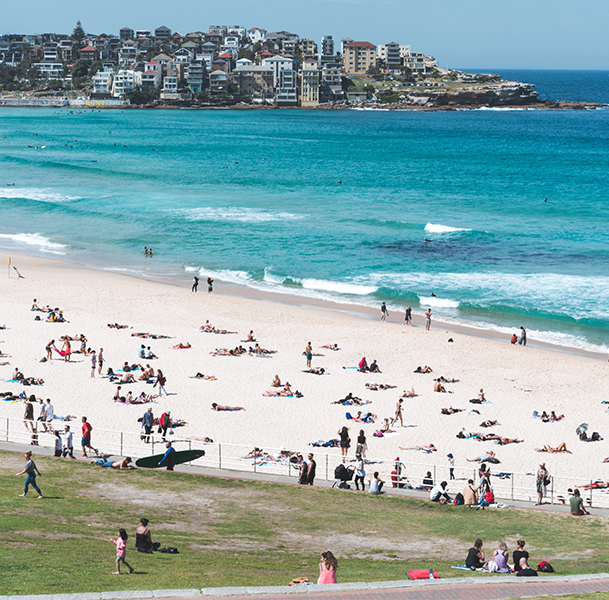 Despite restrictions on outdoor gatherings due to the spread of coronavirus, thousands of Australians hit the world-famous Bondi Beach on Friday to bask in summer-like temperatures as the “last hurrah” before social restrictions are increased amid the COVID-19 pandemic.

The country of 25 million people has seen only seven deaths from the virus but its case numbers have jumped to almost 800 in recent days, with New South Wales state reporting its biggest daily rise of 75 on Friday.

Australians have been encouraged to maintain a one and a half meter social distance from one another, while outdoor gatherings of more than 500 have been restricted.

However, The World Health Organization just yesterday warned young people they are not invincible and to stay wise at this time. While the elderly are the most susceptible and this virus is no respecter of persons, it is younger people who tend to believe that the virus cannot touch them.

The disturbing video below, released by Sky News in the UK, was filmed in Bergamo, which is the epicenter of the virus in Italy. Doctors have said they want people to watch this video so they can see the seriousness in which the virus needs to be taken.

Australia is banning foreign travelers beginning Friday as it tries to stop the spread of the new coronavirus. International tourists are scrambling to leave Australia as concerns mount over flight cancellations and border closures.

Similar measures already are in place in New Zealand. Australia had previously barred entry to passengers flying from China, Iran, South Korea and Italy. Prime Minister Scott Morrison says a broader blanket ban is needed to protect the country from the spread of the COVID-19 virus.