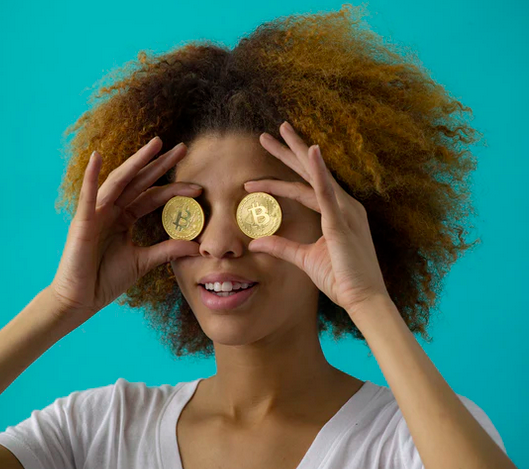 There’s a fascinating verse smack dab in the middle of Jesus’ Sermon on the Mount. For the most part, Jesus taught in koine Greek, the everyday language of his time. But, at the end of this verse, he switched to Aramaic, his native tongue.

I imagine we’ve all spent time with people for whom English is their second language. They get stuck for an English word at times and revert to their mother tongue. Sometimes there is no English equivalent. That’s what Jesus experiences in Matthew 6. He says, “No one can serve two masters…You cannot serve God and mammon.” The whole verse is Greek until he gets to the last word, for which there was no Greek equivalent. So, he plucks out the Aramaic word, mammon.

Modern translations render mammon as money, riches, wealth, or gold. Some leave the word untranslated, like King James, while one translation gets it right. I’ll tell you which one in a moment.

The problem with translating mammon is that it takes a whole sentence as there is not one equivalent word in English.

Initially, the word mammon came from the ancient Chaldeans (The people group from which Abraham came) and has its roots in the terms, ‘confidence’ or ‘trust.’ The Aramaic word, mammōnás, means “to trust in treasure or to have our confidence in material wealth.” It’s the praise of possessions, the worship of stuff! The one Bible translation that gets the full meaning of this word is the Amplified Bible, “You cannot serve God and mammon [money, possessions, fame, status, or whatever is valued more than the Lord].”

A person who serves Master Mammon will live their life to progress in the accumulation of material wealth as more important than living to worship and serve God. Hence Jesus’ statement, “No one can serve two masters!” Jesus is not against us having material things he simply warns us that they should not have us!

Jesus personifies mammon by contrasting it with God. You cannot be devoted to the True God and be devoted to the god of riches. It’s that god who deceived the first humans in Eden. The slippery serpent suggested, “what you have is not enough,” even though they had a perfect relationship with God in paradise. The schemer insinuated God was denying them some gift. The humans were missing out, and God was to blame.

The first humans believed this and snake bit. The poison has infected and affected people ever since. We witness this seduction even in the youngest children who have to be taught and coaxed to share. It’s challenging work.

The antivenom to counteract the poison of Mammon comprises two primary ingredients that are both emphasised by John the Baptiser. Luke tells the story of people flocking to John at the Jordan River to be baptised. John began his sermon with, “You brood of vipers!” Interesting choice of words there, brother! I can honestly say that in almost 40 years of preaching that I have never begun a sermon that way. But John called out the snakebite and was about to reveal its cure.

Three groups of people asked what they should do to be right with God – the crowd, tax collectors, and soldiers. Here’s what John says to each group:

The Tax Collectors:     Don’t collect any more than you must.

John told the snake-bitten people to be content and generous, the two vital ingredients in the anti-venom.

Contentment says, “What I have is enough!” Jesus said, “You’re blessed when you’re content with just who you are — no more, no less. That’s the moment you find yourselves proud owners of everything that can’t be bought.”

Remember, you are a spiritual being who has material possessions. We are to love people and use things, not the other way around.

The other ingredient in the anti-venom is generosity. Contentment says, what I have is enough while generosity cries, “What I have is more than enough!”

Paul instructed the young pastor Timothy to command the wealthy people in his church “to do good, be rich in good deeds, and be generous and willing to share. In this way, they will lay up treasure for themselves as a firm foundation for the coming age, so that they may take hold of the life that is truly life.”

Exercising and growing in contentment and generosity breaks our bondage to mammon and frees us from the snakebite. I encourage you to develop contentment and look for opportunities to be generous, declaring that your trust, confidence and devotion are securely in God and NOT in material wealth. When we do this, we break the spirit of mammon that so easily entangles us.