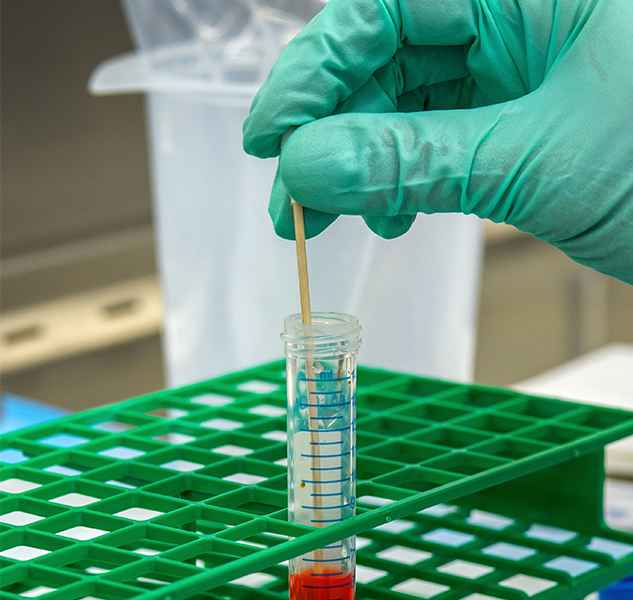 On the news a few days ago, mention was made about a developing COVID-19 vaccine in the UK. It sounded encouraging and so, being an optimistic kind of guy, I decided to let my Facebook friends know about it. Here’s what I posted, “Oxford University begins human trials next week on a COVID-19 vaccine that could be ready by September. Great news!”

RELATED
‘Bill Gates talked about this pandemic four years ago’
The Coronavirus: is it an End-Time Biblical Plague?

I was taking “The glass is half full” approach bringing some good news about progress during this crisis. And a lot of people took it that way. But the post also brought out some negative comments, and that surprised me (although I shouldn’t have been surprised. It’s Facebook after all).

Firstly, Bill Gates has become a target. He’s been warning governments for a decade about their lack of preparedness for a pandemic. Even though he and his wife Melinda have worked tirelessly, through their foundation, to improve the health outcomes for millions, in some people’s minds, Gates is the originator of the virus.

Others suggest that Gates already owns the patent for the vaccine and will profit greatly from its release. Not only that, but he plans to inject a microchip into everyone via the COVID-19 vaccine. According to some, this is the Mark of the Beast spoken of in revelation 13.

My response: “Partly true. Cell lines were harvested from two legally aborted foetuses in the 1960s. These cell lines are now grown in labs and used to grow viruses that are then used to produce vaccines. Immunisations prevent two to three million deaths worldwide every year, and 1.5 million more could be avoided if more people are vaccinated. While I’d love to see fewer abortions, I would also love to see more people vaccinate their children. Not only does this spare the child a lot of pain through sickness, but it is also an act of “love your neighbour as yourself”. As for those aborted babies from the 60s. While their lives weren’t spared, their lives have spared the lives of millions of others. Sounds a bit like a sacrifice that brought salvation to billions 2000 years ago!”

I should also add that neither of the 1960s abortions were performed for vaccine development.

I learned a few years ago that venturing into “abortion land” is treacherous territory.

It’s such a divisive matter that people at either extreme (pro-life or pro-choice) will verbally attack you if you stray into enemy territory. Following my response, I had someone write, “there is no such thing as a legally aborted foetus in God’s eyes.” Another said, “I’m horrified by your comments,” and then went on to address my errors.

I should add here that I would love to see fewer abortions, but it’s a complicated matter that needs to be understood from many angles and with much grace, care, and kindness.

The aborted foetuses used in the 1960s to develop Cell lines were aborted because their mothers had congenital rubella syndrome (CRS). CRS led to deafness, heart disease, encephalitis, mental retardation, pneumonia, and other conditions in the baby, and so some mothers chose abortion over birth. Stanley Plotkin, MD, mentioned above by one of my Facebook friends, developed the Rubella Vaccine.

Other vaccines developed from these cell lines include Hepatitis A, Chickenpox, Shingles and Rabies. Researchers have estimated that these and other vaccines have prevented nearly 11 million deaths and averted (or treated, in the example of rabies) 4.5 billion cases of disease (see reference).

The Benefits of Vaccinations

Some of the Facebook comments are evidently from anti-vaxxers. One person quoted Robert F. Kennedy Jnr. It’s interesting to note that even some of Kennedy’s family have written publicly about their brother and uncle as being “part of a misinformation campaign that’s having heartbreaking—and deadly—consequences.”

The dangerous anti-vaxxer message is seeing a resurgence of diseases like measles. The WHO listed vaccine hesitancy as one of the top 10 threats to global health in 2019.

Vaccine side effects are also used as an argument against the use of vaccines. While there will always be challenges in developing anything that can be of benefit to humanity, that is no reason to cease development.

The Polio vaccine took decades to perfect, from the identification of the poliovirus in 1908 to the licensing of Sabin’s Polio vaccine in 1960. There were triumphs and tragedies along the way. If the anti-vaxxers had their way, the tragedies would be amplified, and today Polio would still have its devastating impact on the health of millions.

The public health benefits of vaccines to every citizen far outweigh any potential side effects, which, when they do occur, are overwhelmingly minor, rarely serious, and more than justified by the overall benefit to vulnerable populations.

And then there are the claims that vaccination can lead to autism in some children. The US National Library of Medicine and National Institutes of Health performed a meta-analysis to summarise available evidence from case-control and cohort studies on this topic.

Eligible studies assessed the relationship between vaccine administration and the subsequent development of autism or autism spectrum disorders (ASD). Two reviewers extracted data on study characteristics, methods, and outcomes. Disagreement was resolved by consensus with another author. Five cohort studies involving 1,256,407 children, and five case-control studies involving 9,920 children were included in this analysis. The cohort data revealed no relationship between vaccination and autism. And yet the myth continues.

Another person commented, “Vaccines on viruses are not very effective. It is just a great way for big Pharma to make even greater profits. Our [sic] immune system is the best defence. Keep that [sic] in good shape, fear for nothing and face every challenge with courage.”

Right, so let’s let polio, cholera, mumps, chickenpox, and so many others diseases run loose again! In answer to this, someone commented, “our immune system does not recognise this virus as it is new to humans. It is an overreaction by the immune system that attacks healthy cells while trying to kill it that is killing patients.”

A final complaint links vaccine produced by pharmaceutical companies to the use of drugs condemned by the Bible. (The Greek word pharmakeia – Gal 5:20; Rev 18:23 – translates as witchcraft or sorcery). Pharmakeia, from which our English word pharmacy derives, refers to the use of drugs and potions in magic spells. It has nothing to do with saving lives through modern medicine.

In the Bible, James wrote about the Royal Law found in Scripture, “Love your neighbour as yourself.” He says, “If you really keep [it] you are doing right” (James 2:8). The apostle Paul reminds us that “Love does not harm a neighbour. Therefore, love is the fulfillment of the law” (Romans 13:10).

In my personal opinion, the anti-vaxxer message is doing great harm to others. The misinformation circulated by fearful people spreads like cancer, which only the light of truth can cure. Everyone has a moral obligation to protect their health, that of their children, and others. We have the means and we need to make full use of it.