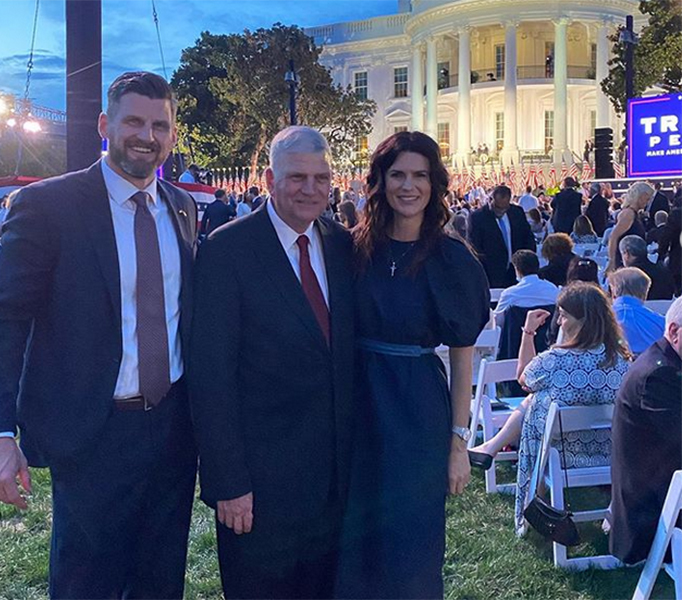 “Even during the pandemic, we saw how quickly life can change.”

Those words, spoken by Cissie Graham Lynch Tuesday at the Republican National Convention, likely ring true with all of us. The COVID-19 pandemic has changed our daily lives, in big and in small ways.

And we’ve all found different ways to cope. But some people of faith have seen the government severely limit their ability to do just that.

As Lynch—granddaughter of the late evangelist Billy Graham—pointed out, many government officials banned or severely limited church services during the pandemic “while marijuana shops and abortion clinics were declared essential.”

She went on: “But you know what truly is essential? Our right to worship freely and live our faith in every aspect of life.”

Government officials may protect health and public safety. But they can never suspend the First Amendment—including the free exercise of religion. At a minimum, the First Amendment requires the government to treat religious organizations the same as comparable secular organizations. That means our elected officials can’t treat religious gatherings any worse than similar gatherings for non-religious purposes.

In Nevada, for example, Gov. Steve Sisolak has responded to the pandemic by indefinitely restricting churches to gatherings of 50 people or fewer, regardless of the size of a church’s meeting space or their rigorous health and safety protocols. But casinos, bars, amusement parks, and other spaces where Nevadans gather, are allowed up to half of their capacity.

Alliance Defending Freedom is defending the rights of Calvary Chapel Dayton Valley in Lyon County, a rural part of the state that has experienced a low rate of COVID-19 infections. Because religious exercise is protected under the First Amendment, Calvary Chapel—and other churches across the state—deserve to be treated better not worse than the casinos that dominate the state’s tourism industry. It should be simple, but the state continues to single churches out for worse treatment.

But as Justice Alito explained in his dissent to the 5-4 decision: “The Constitution guarantees the free exercise of religion. It says nothing about the freedom to play craps or blackjack, to feed tokens into a slot machine, or to engage in any other game of chance.”

While Nevada churches will continue to be limited to 50 or fewer people in their services for now, Calvary Chapel’s lawsuit continues. Even though the courts have not given emergency relief under a tough legal standard, the fight continues in a lower court, the Ninth Circuit Court of Appeals. There, our attorneys will continue to advocate for Calvary Chapel and other churches as they exercise their truly essential freedoms—to worship and live out their faith in every aspect of their lives.