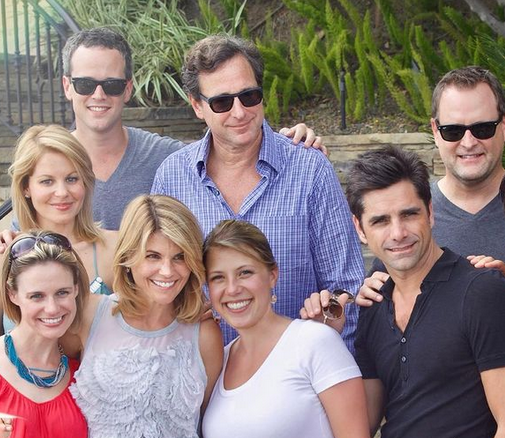 Working as a comedian Bob Saget was best known for his role as Danny Tanner in the sitcom Full House. He died in a hotel room at the age of 65.

Orange County Sheriff’s Office reported that Saget was found dead in a hotel room on Sunday, Jan. 9, at the Ritz-Carlton in Orlando.

“The man was identified as Robert Saget & pronounced deceased on scene. Detectives found no signs of foul play or drug use in this case,” the statement read.

In a statement, his family said: “We are devastated to confirm that our beloved Bob passed away today. He was everything to us and we want you to know how much he loved his fans, performing live and bringing people from all walks of life together with laughter. Though we ask for privacy at this time, we invite you to join us in remembering the love and laughter that Bob brought to the world.”

Bure, who starred alongside Saget in Full House, becoming a household name in the process, took to social media to pay tribute to her former on screen father. “I love you sooooo much. I don’t want to say goodbye. 35 years wasn’t long enough,” she said on Twitter.

“I don’t know what to say. I have no words. Bob was one of the best humans beings I’ve ever known in my life. I loved him so much.”

“Thirty-five years ago, we came together as a TV family, but we became a real family. And now we grieve as a family. Bob made us laugh until we cried. Now our tears flow in sadness, but also with gratitude for all the beautiful memories of our sweet, kind, hilarious, cherished Bob. He was a brother to us guys, a father to us girls and a friend to all of us. Bob, we love you dearly. We ask in Bob’s honor, hug the people you love. No one gave better hugs than Bob. ~ John, Dave, Candace, Jodie, Lori, Andrea, Scott, Jeff, Ashley and Mary-Kate.”

Sager was also a stand-up comedian and television host. His acting roles also included the Netflix sequel Fuller House and he was the voice of narrator Ted Mosby on the sitcom How I Met Your Mother. Sager was the original host of America’s Funniest Home Videos. ABC News reportedly interrupted America’s Funniest Home Videos to announce Saget’s death.

After news of his death broke, several of Saget’s Full House costars released statements about his death. John Stamos said that he was “broken” and “gutted”. Dave Coulier said his heart is broken and referred to Saget as his “forever brother”. Andrea Barber said, “he had the biggest heart of anyone in Hollywood”.

Mary-Kate and Ashley Olsen said that “Bob was the most loving, compassionate and generous man,” and are deeply saddened by his death. Jodie Sweetin said, “There aren’t enough words to express what I’m feeling today. Nor are they big enough to capture even a slice of who he was.”

He is survived by his wife, Kelly, and three daughters.