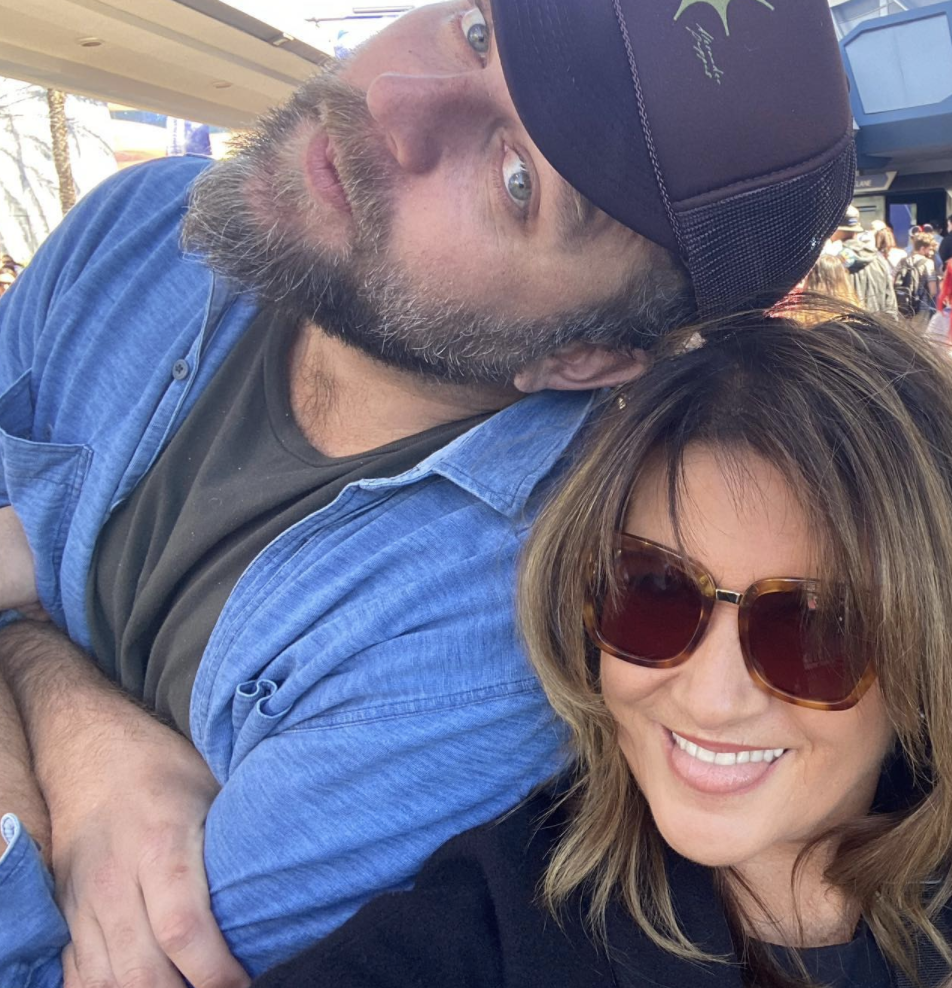 Bobbie Houston, the co-founder of the Hillsong megachurch, has been axed after 39 years of service to the church.

The 65 year-old wife of Brian Houston, who was forced to resign after indiscretions against two women surfaced, has now been caught in the crossfire of her husband’s actions.

She reportedly only recently hosted the church’s Color Conference in Sydney, Australia and was expected to maintain her position in her husband’s absence.

However, in an explosive social media post, Brian Houston has broken the news that his wife, pictured above with oldest son Joel, is no longer a part of the church. And rather than a face to face meeting, she has been axed via a text message.

“After 39 years of exemplary service and extraordinary faithfulness and fruitfulness,” wrote Houston, ” this is the communication Bobbie received from the Hillsong Church board as she is made redundant (effective immediately) through no choice of her own.

“This just 3 weeks after she hosted her 26th year of Colour Conferences. (A total of 118 conferences around the world.) She has relentlessly served God and served people as she stood side by side with me for four decades leading Hillsong Church, faithful in the good times and the tough times alike. And we are supposed to act like this is all ok. It’s not! Our beautiful church is losing its soul.”

Bobbie Houston recently vowed to stand by her husband after he resigned over inappropriate behavior towards women. In a social media comment, she stated “Thank you for lovely comments and love. It’s seen. And felt. And appreciated.

‘I’m okay. It’s been a very cruel week – but I will forever stand alongside the man I have loved and walked with for 45 years. I know his nature and character and integrity more than anyone.

Bobbie and Brian moved to Australia in February 1978, serving at Sydney Christian Life Centre, Darlinghurst, under Brian Houston’s father, Frank Houston. In the early 1980s, Brian and Bobbie Houston started a church on the Central Coast, and a church in Liverpool. In 1983, they moved to Sydney’s north-western suburbs and hired the Baulkham Hills Public School hall to start a new church, Hills Christian Life Centre. The first service was held on Sunday 14 August 1983 and is today Hillsong Church. Hillsong Church is located in major cities around the world.

The Colour Conferences are hosted by Bobbie Houston and the Hillsong team host in Sydney, London, the US, Cape Town and Kiev annually.

The couple share three adult children, all of who are employed by Hillsong and reside in different parts of the world.

The world’s most recognized Pentecostal church appears to be in a free fall as it not only has churches and pastors leaving its brand, but has now lost its high profile and much loved leaders.