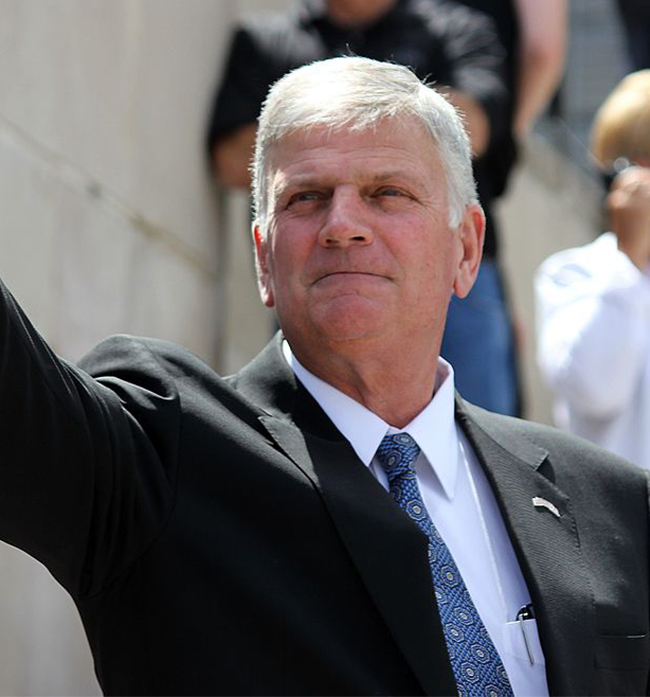 After venue after venue recently banned Franklin Graham from speaking at their premises, a British MP has spoken up in parliament.

MP Fiona Bruce asked the poignant question as to whether they could really call themselves a “tolerant, inclusive, and diverse society which respects freedom of speech whatever one’s religion or beliefs if we denied the Billy Graham Association a platform in this country?”

LGBTQ activists have gone to each of the major venues to pressure them into canceling their contracts. They have thus far succeeded.

Graham traveled to the UK just over a week ago to confirm that, despite attempts to ban him, the tour would be going ahead.

“I was in London last week in preparation for my upcoming 8-city evangelistic tour across the UK,” Graham commented. “LGBTQ activists had gone to all of the venues we had signed contracts with and pressured them to cancel our contracts under the lie that I would “preach hate”—all because I believe marriage is between a man and a woman and that homosexuality is a sin.

“These are my strongly held religious beliefs. This is what the Bible teaches, what the Word of God says.

“Today some members of Parliament brought this up and made powerful points. MP Jacob Rees-Mogg said, ‘Although venues are allowed to make their own decisions about whether or not to host Franklin Graham during his upcoming visit, like all service providers they must be careful not to discriminate unlawfully on grounds of religion and belief. The UK has robust protections for freedom of speech and freedom of religion and the price of living in a free plural society is tolerating views and beliefs we disagree with or are even offended by, and this is fundamentally important. It is the sad truth that many people who tout themselves as being liberal are only liberal about what they like and are very intolerant of the views they disagree with.’

“MP Fiona Bruce asked the poignant question as to whether they could really call themselves a “tolerant, inclusive, and diverse society, which respects freedom of speech whatever one’s religion or beliefs if we denied the Billy Graham Association a platform in this country?”

Despite the MP standing up for the US preacher, the venues have not backed down from their bans.