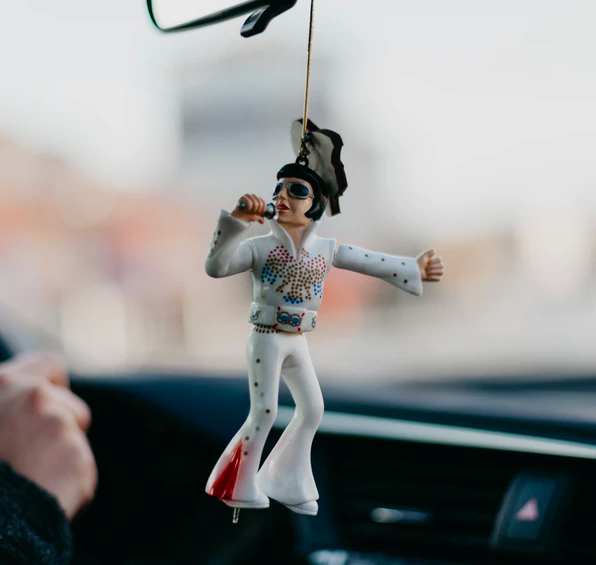 For those of you who don’t know, I was raised on Elvis.

My Dad was a huge Elvis fan and my birthday (August 16th ) was on the anniversary of Elvis’s death, so I have shared my special day with: Elvis specials on CBS, Elvis radio marathons and Elvis films (my Dad would even tape the specials so I wouldn’t miss out when I was going to my birthday party).

Elvis and my birthday – they just went together.

So, I was incredibly excited to see Baz’s take on the King and His story.

I have seen so many ‘Elvis impersonators’ through the years, and that’s all they were.

But this guy gave it everything he had. And in the words of Lisa Marie ‘he captured the essence’ of who He was, which is an incredible feat.

Elvis was a star.

A naturally talented musician and producer, who broke barriers of culture and music during a very dangerous political climate.

As with the best films, I took some take-aways:

1. It matters who you trust. This film was from the interesting perspective from his Manager Colonel Tom Parker the man who claimed to ‘make’ Elvis. He definitely helped get him out into the world, but trusting Him would also lead to his downfall: financial ruin and drug addiction that would lead to an early death. Success at any cost will always cost too much. It doesn’t matter how ‘shiny’ the thing is you are promised, you must use wisdom before agreeing to partner with anyone in your own business or ministry.

And – from what I can see, it looked as though their partnership could have (and should have) ended at a certain point that made sense for them both. But misguided loyalty and shiny object syndrome got in the way. Don’t be afraid to walk away from people or partnerships when that season has ended. It will cost you too much to stay.

2. Showcasing your authenticity will cost you. Whether it’s on a stage, through words, in a meeting or on a football field: when you step out and ‘dare to be different’ – people say they celebrate it, but being different can be dangerous. Elvis fought to use his voice – even at the 1969 Christmas special – he wanted a song to bring hope and healing to a world that had just lost Robert F Kennedy in a shooting. He used his stage to sing a song that was unauthorised, un-commercialised and un-Christmaslike which would become one of his best ‘show-stopping’ moments of legend with ‘If I Can Dream’. At the time, it was a huge risk for him personally and financially. He dared to show the Real Elvis, at all costs.

3. The media is a powerful force. The Colonel understood the power of the story people were seeing when it came to Elvis. He knew when to invite the cameras in. It shows the good and the bad of the media world, but Elvis would not have been the icon he was without the media coverage. This is one of the reasons I am passionate about teaching people to become their own publicists – when you know and understand how to engage with the media, you literally have the power to create and change perceptions. It was powerful then, and it’s powerful now.

4. People will use you. I’ll say it again, it matters who you trust. While I loved seeing Baz’s take on the Elvis story, I walked out with a heaviness. Because people took what was a God-given gift: his music, the way he performed, the incredible success that came his way. They exploited. They used. And it stopped becoming about his gift and became about his brand and merchandise. The more you grow, the more influence you get, the more you have to stay close to God and the people He has put in your life that have your best interest at heart.

I usually leave with inspiring moments and messages from movies, but this one left me with a sadness I can’t quite describe.

Elvis’s influence lives on in music and culture – and the story shares the rawness behind what it takes – personally and professionally – to get to become a global phenomenon – and what it costs a person in the process.

He will always be The King, but the movie feels more like a cautionary tale then a celebration of an icon.

Rachel Reva is a publicity strategist, published author of ‘Grit, Grace and Hustle: A faith gal’s guide to authentic success’ and founder of the coaching and consulting company Life On Her Terms  Media. You can hear Rachel’s coaching inspiration series Coffee and Faith every Tuesday on Rhema 99.7FM.