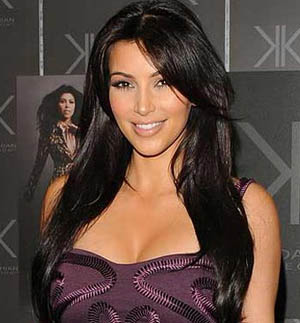 Lewis says he has $14.5 million in assets and $10.6 million in liabilities, according to court documents. His debts include monthly mortgage costs of $6,000 (not including taxes and insurance), monthly vehicle payments of $5,700 and $18,000 for expenses connected to a business he owns. Lewis’s off-the-field investments have included trucking, hotels, theme parks and resort projects, reports the Atlanta Journal-Constitution.

Lewis has joined a long list of professional athletes who have ended up in bankruptcy court because of their overspending, bad business deals or both.

Under a Chapter 11 you get a chance to work out your debts with creditors. However, the trustee assigned to Lewis’s case has filed a motion seeking to convert the case to a Chapter 7 filing, which would mean his assets would be sold to pay creditors.

I continue to point out the cases of celebrities mishandling their finances because they provide a key financial lesson I learned from my grandmother, Big Mama. She always told me it’s not how much you make but how you make do with what you have. No matter how high your income is, if you live above your means, you can go broke.

Frugal Fun For the Summer

If you are still looking for fun-filled ways to keep the kiddies busy this summer, Cameron Huddleston, contributing editor of Kiplinger.com, offers 50 summertime activities you can enjoy with your family without breaking the bank.

Here are a few suggestions.

— Bring the water park home. Huddleston suggest you turn on the sprinkler, fill the baby pool, get out the Slip ‘N Slide and let the kids have fun cooling off on a hot day.

— Have a scavenger hunt. Hide items in your house or yard, then give the kids a list of the items and see who can find them the fastest.

I’ve tried many of Huddleston’s suggestions (bought a Slip ‘N Slide last summer and my kids had a blast slipping and sliding on our front yard). The tips do keep the kids busy without having to spend a lot of money.

Some people wondered whether the son of a rich man should have accepted the scholarship. So I put the question to you: “Should children of wealthy parents accept scholarships?” Here’s what some of you had to say about the debate:

“The son should keep the scholarship but dad should donate an equivalent amount of money to the University for a scholarship for a student whose parents can’t afford the cost for their child,” wrote Margaret Harris of Hefei, China. “This should keep everybody happy. Plus, dad can deduct this donation from his taxes.”

Michele Santillan of Plymouth Township, Mich. wrote: “If I were in such a financial position as Diddy or any other celebrity or businessperson, I would encourage my child to accept his or her honor. In turn, I would establish a scholarship (or even a one-time award) to benefit a needy student who otherwise would not attend the school. This would give my child the chance to shine, and would allow someone else to have an opportunity to succeed. Everyone wins!”