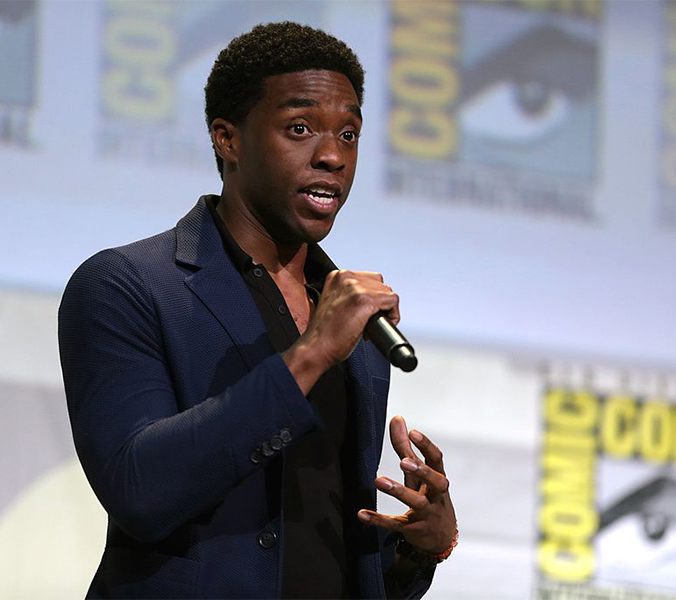 As Black Panther star Chadwick Boseman has passed away after a battle with colon cancer, he has been remembered not just for his acting skills, but for the role faith played in his life.

Actor Chadwick Boseman, who played black icons Jackie Robinson and James Brown before finding fame as the regal Black Panther in the Marvel cinematic universe, has died of cancer.

The 43 year-old Hollywood star died at his home in Los Angeles with his wife and family by his side.

Boseman was diagnosed with colon cancer four years ago, his family said in a statement. His cancer eventually progressed to a stage IV before 2020.He had not spoken publicly about his cancer diagnosis. During treatment (multiple surgeries and chemotherapy), he continued to work and completed filming for several films, including Marshall, Da 5 Bloods, Ma Rainey’s Black Bottom, and others.

Boseman is also remembered for a speech he gave to Howard University’s graduating class of 2018. The full speech can be viewed below.

He stated the importance of giving honor to his Creator. He went on to quote 1 Corinthians 3:6: “As the Scripture says, I planted the seed, and Apollos watered it. But God kept growing-God kept it growing.”

Born in South Carolina, Boseman graduated from Howard University and had small roles in television before his first star turn in 2013.

Tributes have flown in from a range of entertainment stars, including fllow Christian, Chris Pratt. “My prayers go out to Chadwick’s family and loved ones,” he posted to Twitter. “The world will miss his tremendous talent. God rest his soul.”

Boseman was raised a Christian and was baptized. He was part of a church choir and youth group and his former pastor said that he still kept his faith. Boseman had stated that he prayed to be the Black Panther before he was cast as the titular character in the Marvel Cinematic Universe.