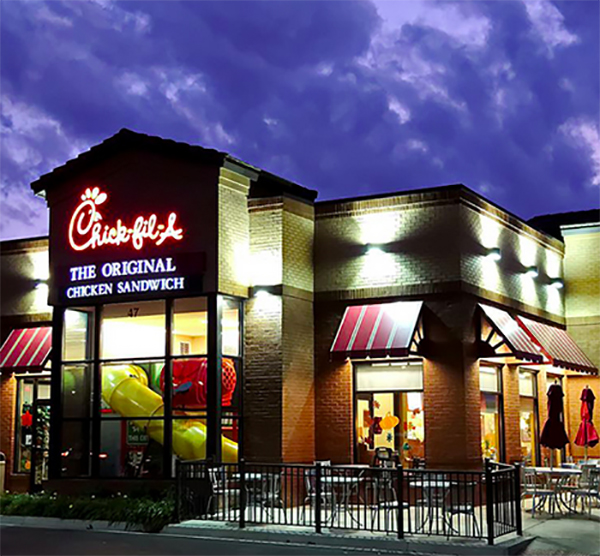 For so long, they have been the back-bone of the chicken empire’s customer base, but seemingly overnight, Christians are fast getting fed up with Chick-fil-A, a company they have supported for decades.

First, let’s go back a couple of steps. Chick-fil-A announced recently that the company was dropping its annual funding to The Salvation Army and Fellowship of Christian Athletes, which opposes same-sex marriage. An online petition urging the company to return to its original donation program has had just under 103,000 signatures at the time of publishing this article.

Franklin Graham earlier this week came out in the company’s defense after a chat on the phone with their CEO, Dan Cathy. However, it is very likely that even he did not know about this particular donation to SPLC.

The just yesterday, Townhall broke the news that the high profile Christian company donated to SPLC in 2017.

The gunman, Floyd Corkins, started firing at FRC’s building manager who heroically tackled the shooter after one of the rounds shattered his arm.  Corkins stated that, “I wanted to kill the people in the building and then smear a Chick-fil-A sandwich in their face … to kill as many people as I could.”

In a chilling interrogation video released by the FBI, Corkins admitted he picked FRC as a target from the Southern Poverty Law Center’s (SPLC) website. Corkins pled guilty to three charges, including committing an act of domestic terrorism while armed – the first such charge under D.C.’s post-9/11 anti-terrorism law.

Family Research Council President Tony Perkins released the following statement: “Tax reports have now exposed Chick-fil-A for funding the anti-Christian Southern Poverty Law Center; an organization linked in federal court to domestic terrorism after their smear campaign of Christian organizations resulted in a shooting in which the gunman planned to smear Chick-fil-A sandwiches in the faces of his victims.

“Not only has Chick-fil-A abandoned donations to Christian groups including the Salvation Army, it has donated to one of the most extreme anti-Christian groups in America. Anyone who opposes the SPLC, including many Protestants, Catholics, Jews, Muslims, and traditional conservatives, is slandered and slapped with the ‘extremist’ label, or even worse, their ‘hate group’ designation. At one point, the SPLC even added Dr. Ben Carson to its ‘extremist’ list because of his biblical views (and only took him off the list after public outcry).

“Seven years ago, a shooter entered our building with the intent to murder as many people as possible and smear a Chick-fil-A sandwich in their faces.  The gunman was enraged by the nationwide Chick-fil-A Appreciation Day held two weeks before and used the SPLC’s ‘hate map’ to identify FRC as his target. Despite being seriously wounded, the FRC building manager, Leo Johnson, heroically stopped the gunman.

“Dan Cathy, nor anyone with Chick-fil-A, inquired about the well-being of Mr. Johnson or any of the FRC team members, but they made a donation to the SPLC, which was linked in federal court to this act of domestic terrorism. Chick-fil-A has seriously lost their way.

“It’s time for Christians to find a fast food alternative to Chick-fil-A.”

As one group stated on Instagram, “”The fact that Chick-fil-A decided to bow down before the lords of political correctness and then cut Christian charities out because those Christian charities happen not to support same-sex marriage militantly is pretty astonishing and it’s a horrible sign for our culture.”

With millions of comments like the one above, it will be interesting to see what plays out next. From being America’s favorite Christian company just two weeks ago, it is amazing just how quickly things can unravel.