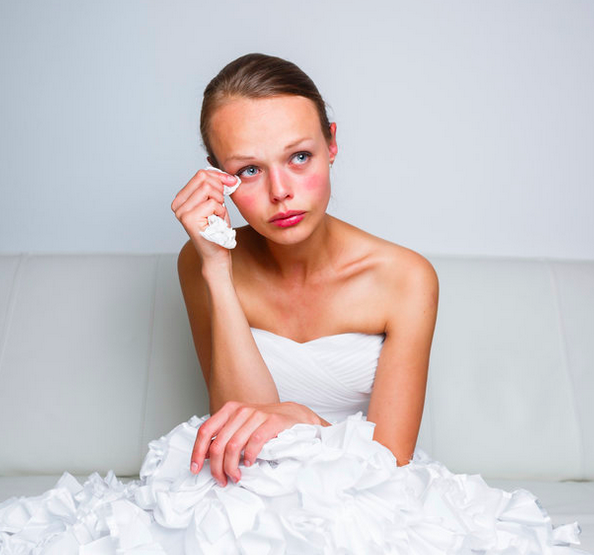 This would be my introduction to sex.

Things were awoken in me that day that should have never been awoken till adulthood. A word of warning, pornography always leaves an imprint. An imprint that will in evidently, though not always obvious, rear its ugly head eventually. You are not immune.

It is now the year 2001. I’m 16 and working in a department store. Casually going about my business I look up and low and behold a tall, dark and handsome man enters the store… in a store uniform! Our eyes meet and he comes and introduces himself to me. I couldn’t believe this hunk of a man was talking to me! Me! Of all people people! By this point in my life, insecurity had well and truly set in. I battled with my weight all through school and whilst I had lost much of it, in my eyes I was still the fat girl who was bullied constantly. Back to the babe. A few days later he called me! No Facebook friend request, an actual phone call! He even went through every last name in the phone book that was the same as mine to find me. The boy was k.e.e.n!

After a few dates he finally asked me to be his girlfriend. I was ecstatic! My first boyfriend. He was so sweet and romantic and… he wanted me! Then, a couple of weeks later, laying on the couch he whispers in my ear, “Show me your boobs”. I think I almost chocked on the water I was drinking! Though hesitant, I agreed. Did I agree because I wanted him to see my boobs? Definitely not! I agreed because from my experience, boys loved girls who did that kinda stuff. If you’re in a relationship with a boy it’s required otherwise they won’t love you. And boy, did I want to be loved. That was the last date we ever had cause three days later he broke up with me. I was devastated.

Over the next few years a few guys would come into my life. Some for a few months and others for much longer. Though these men were Christian guys, sexual boundaries were always a problem. By this time I had grown in my relationship with Jesus. I knew sex before marriage was wrong but how else do you show a guy that you love them? And besides, if a guy wants to do “stuff” with me then he must think I’m beautiful, right? But hold on, the Bible says that sexual immorality is an abomination. Welcome to the frequent battle inside my insecure head. One guy even told me he thought it was super cool and sexy when I confided in him about my porn fueled childhood. Whilst I experimented (a lot!) how I actually managed not to have intercourse during these years I have no idea! Still, I was was walking on very dangerous ground.

At 22-years-old I met and became engaged to a man. A wonderful man. He ticked every box! He loved Jesus, was a gentlemen through and through and treated me like an absolute princess. But boy did we struggle sexually. We would fool around but for some reason, this time, I could never really relax and enjoy it. Something in me had changed. My spirit began to grieve. It grieved for purity. It grieved for righteousness and it grieved to align itself with God’s Word. Due to this, many tears were shed and fights were had between him and I. I wanted boundaries and he didn’t. In his eyes, everything was permissible as long as we didn’t do sleepovers or actually have sex. Then one day, he began carrying condoms around with him and a few days later I finally gave in. Twenty seconds of ‘pleasure’ and it was all over. My virginity was gone. What would now follow would become the worst and most challenging season of my life.

My fiancé’s family had become an extension of my own. I loved them. His parents, his sisters and his brother; all important and deeply cherished. Then literally overnight things changed. It was now a few days after the “de-flowering” incident and the month before our wedding. I was asked to go over to my fiancé’s family home to discuss some tension we had had with some of our wedding planning. Suddenly, in my spirit, I felt something wasn’t right. It was the same feeling I’d had just a couple of nights prior when I had attended our national leadership conference. I had felt promoted to go out the front for prayer and had been touched by God in a way I’d never experienced before. I left there feeling as though He had placed His armour upon me. That He had suited me up for battle. His strength engulfed me. A strength that in the coming days, I would come to rely solely on.

Sitting in their lounge room, surrounded by his family my nightmare began. One by one the family I had come to love proceeded to tell me why I wasn’t “good enough” to be part of their “perfect family”. The whole time my fiancé sat and said nothing. I was left in front of an emotional firing squad humiliated and degraded to my very core.

After that night things went down hill rapidly. The next few days would be a roller coaster ride of emotion. One minute my fiancé was still confessing his undying love, the next he would say he wasn’t sure if he would even turn up to our wedding. He would just have to see how he felt on the day. Though broken, I still held on to him. I loved him; deeply loved him. But then sadly, on a beautiful night overlooking the same ocean where he had proposed, he turned to me and said the words that would inevitably crush me. “I don’t want to marry you, not now or ever”. At that moment, my life imploded.

With a shattered heart I got into my car and prayed. I was numb and didn’t know what to do. Then, in a still small voice, I heard the words, “turn from me and run away or, hold on as tight as you can and I’ll get you through this”. In the midst of my pain, my God who paid the ultimate price for me was with me.  This would become a defining moment in my life.

I won’t lie, the days following were tough. Excruciating even. Canceling a wedding is not fun. I remember vividly sitting beside my now ex-fiancé at our travel agent filling in paperwork to cancel our honeymoon. Tears running freely. I was still so embarrassed. That night, I asked him why he wanted to have sex so close to our wedding if he was having doubts. In my messed up and emotional mind I actually thought that this would help him see how much he loves me and then he would want me back. But instead, he proceeded to tell me that sex with me didn’t count because firstly he was wearing a condom and secondly he didn’t orgasm. Oh and he wasn’t emotionally that into it either.  Your virginity is something you can only give away once and I had wasted mine. It was the final stab in my already shattered heart.

However, God is so faithful. Incredibly faithful and overtime He patiently healed my heart. My relationship with Him was growing rapidly but there was still one area which I just couldn’t get breakthrough in. My sexuality.

But thankfully, whilst I had given up on myself, God had never given up on me. He loved me and, as I received greater revelation of my identity in Him and the power of His grace, I knew I needed to change.

This sin that had been hidden away from the world needed to come up for where there is light, darkness can not prevail. I finally, after a lot of prayer and through His boldness, I came clean to one of my spiritual leaders. Instantly, I felt a weight lift off my shoulders. I was free. The devil no longer had a hold on me. I was now accountable and had chosen to give this secret area of my life to the Lord.

Writing this, I am now just weeks away from my 31st birthday and still single. I won’t lie, sometimes it’s not easy but honestly, I am so grateful for the years I’ve had where it has just been the Lord and I. He has moulded me and shaped me. I know what it’s like to have no one else to turn to but Him. I’ve learnt who I am. I am a child of God. The daughter of the King. What He has done with my broken life and shattered heart still moves me to tears even to this very day. If I could go back to my teen years, I would tell myself that I am passionately loved. Loved not for what I look like or what I do to please a man. I am loved simply because I am His.

My advice to you is to wait. Wait for the man God has for you. Honour your body and honour his. Love does not pressure. Love sharpens and refines. It builds up and does not tear down. Wait for the man or woman who actively purses the things of God. Temptation will surely come. Invite God into this area of your relationship, define clear boundaries and be accountable. Be vigilant to what you expose yourself to and if need be, confess that which is hidden to a church leader. Above all else, know that God is a God who redeems. He makes beauty out of ashes and washes you clean through His unending grace. You may have made mistakes in your past but you can start again.

This article first appeared on www.sabrinapeters.com. Sabrina Peters is a Christian writer, an avid Sex & Relationships blogger and part of the team at Kingdomcity. She is married to Ben and mother to Liberty & Lincoln.