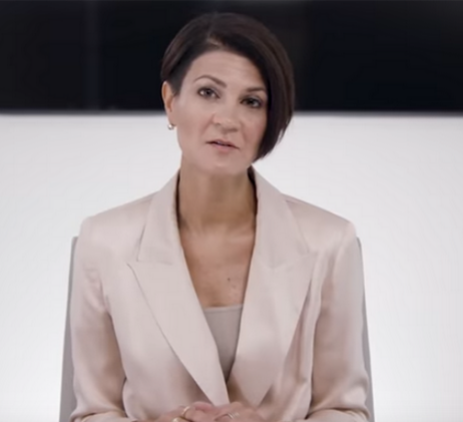 The daughter of Ravi Zacharias, Sarah Davis, is stepping down as the CEO of the troubled Ravi Zacharias International Ministries to reportedly start her own ministry.

Davis, who back in May released a video on social media in which she stated she now “grieved at her initial response to disbelieve victims and that she should have immediately called for an investigation”, is reportedly starting her own apologetics ministry.

She was 10 years old when the ministry started up, was named the CEO of the company at 19, and has endured a torrid time with not only the death of her father to cancer, but essentially being at the helm of the unraveling of his international ministry.

Her new ministry will be called Encounter and according to Christianity Today and incorporation papers filed with the state of Georgia, Encounter’s purpose is “carrying the Gospel invitation to individuals and engaging in their questions so that they may encounter the love of Christ and enter relationship with Him.” It will also engage “thoughtful individuals in Gospel conversations,” and work on “training and discipling messengers of Christ’s love for their spheres of influence.”

The mission is not that different from the one stated on RZIM’s incorporation papers filed in the state of Georgia in 1986, when Davis was 10. RZIM was founded for “proclamation of the Gospel throughout the world” and “assistance in the development of evangelical Christian leadership.”

Davis, now 46, declined to answer questions about the new ministry. An RZIM spokesperson did not return a request for comment.

Ravi Zacharias died after a short battle with cancer in 2020 and at the time, was the toast of Christian ministry worldwide. Zacharias was hailed as “the greatest Christian apologist of this century,” dying on May 19, 2020. The tributes flowed in from around the world as he was celebrated as one of the greatest ministers of his era. However, in the months that followed after his death, allegations began to surface of sexual allegations from multiple sources. https://www.youtube.com/embed/d2sWwm8eyeI?feature=oembed

In a video posted to Facebook, Davis stated earlier this year: “To the women who are victims of my father’s abuse, I think of you every single day. I am utterly devastated. I am sorry that I did not see you. I am sorry that you were made powerless and rendered voiceless. When you did speak up, I didn’t believe you, and I’m deeply sorry for this.

“I believed this man, my father, whom I loved and trusted more than anyone else, could not have done these things … But I was wrong.”

RZIM was forced to conduct an independent investigation into the matter, hiring a law firm to complete the audit. In February, they released the findings of their report. “In August 2020, allegations of sexual misconduct were made against our Founder, Ravi Zacharias,” the Board stated in February.

“Unfortunately, Ravi had died several months before we first learned of these allegations, so we were unable to explore them with him directly. We engaged Miller & Martin PLLC to investigate these allegations, while also giving them wide latitude to go wherever their investigation might lead them. We have also repeatedly stated our intention not to comment on the investigation until receiving a final report on it.”