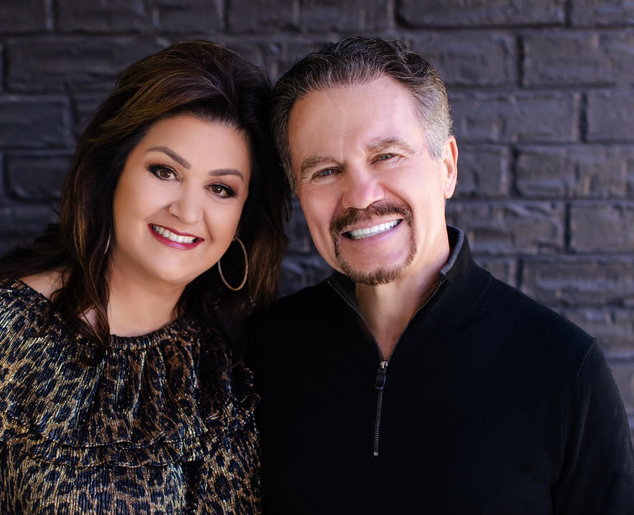 The founder of Daystar Television, Marcus Lamb, has passed away after complications with Covid-19.

An outspoken opponent of Covid vaccines, Lamb, 64, died after being hospitalized with the virus, the network announced Tuesday.

He was the co-founder, president, and CEO of the Daystar Television Network, the second-largest Christian television network in the world.

Daystar issued a statement, in which they said: “It’s with a heavy heart we announce that Marcus Lamb, president and founder of Daystar Television Network, went home to be with the Lord this morning. The family asks that their privacy be respected as they grieve this difficult loss. Please continue to lift them up in prayer.”

“As we remember this Great General of the Faith, let us never forget his devotion to the Great Commission. His heart’s passion was that all may come to know Jesus as Lord and Savior and experience the transformational power of the Holy Spirit.

“It is our prayer that his life has inspired you to dare to answer God’s call on your life, to believe that with God truly anything is possible, and that if you let God write your adventure, you’ll touch the world.”

In his bio on the Daystar website, in 1980, the same year that Marcus met his wife Joni, he founded The Word of God Fellowship, the company that would eventually start the Daystar Television Network. In 1984 Lamb moved to Montgomery, Alabama to begin WMCF-TV. This was the first full-power Christian station in the state. The Lambs sold the station to Trinity Broadcasting Network (TBN) in 1990 and moved to Dallas, Texas. Lamb launched the Daystar network at the end of 1997.

In December of 1981, Marcus founded Word of God Fellowship in Macon. He married Joni Trammell of Greenville, South Carolina in 1982, and she began to travel full time with him as they ministered in more than 20 states.

In 1990, the Lambs moved to Dallas, Texas, to build KMPX-TV 29. Through a series of miracles and divine favor, TV 29 went on the air full power in September of 1993. Daystar Television Network officially launched in 1997 with a live broadcast of T.D. Jakes’ New Year’s Eve service at the Potter’s House Church in Dallas.

Reaching over 108 million households in the United States and over 2 billion people worldwide, Daystar is the fastest growing faith-based television network in the world. Daystar Television is available on all major satellite and cable systems in the US, and can be seen in every country around the globe. In 2006, Daystar became the first and only Christian television network to be broadcast in the nation of Israel.

Marcus and Joni hosted a daily TV program, “Marcus and Joni,” that is broadcast live across the nation and around the world. They also minister regularly at various churches around the nation – including America’s largest church, Lakewood Church, with Pastor Joel Osteen and his wife Victoria Osteen – and have a heart for souls and spreading the gospel of Jesus Christ.

“The family asks at this time that their privacy be respected as they grieve this difficult loss, and they wish to express their deep love and gratitude for all those who prayed during Marcus’s health battle,” Daystar said. “Continue to lift them up in prayer in the days ahead.

“Please join with the rest of the Daystar family as we take comfort in knowing that Marcus was greeted into Heaven with these words from the Father, “Well done, thy good and faithful servant.” And we look forward with great longing for that glorious day when we will see him face to face again in eternity.”

Lamb is survived by his wife Joni and their three children.