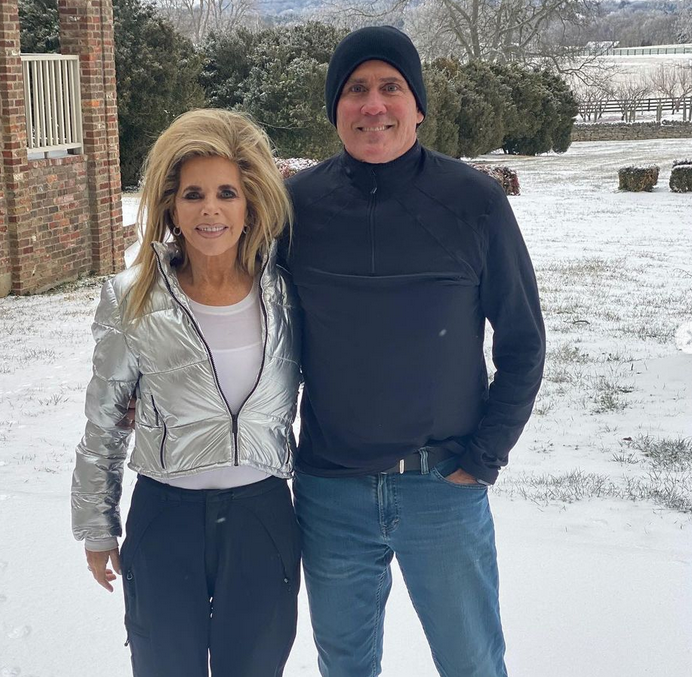 Pastor and diet guru, Gwen Shamblin Lara, died on May 30 after the plane she was traveling in crashed.

Lara and six others are presumed dead after their plane crashed into the Tennessee Lake.

According to News Channel 5, authorities located a debris field near the last sighting of a Cessna C501 reportedly registered to JL&GL Productions LP, which is a partnership formed by Brentwood-based Christian diet guru Gwen Shamblin Lara and her actor husband Joe Lara.

On Sunday, dive teams recovered several more components of the plane as well as human remains.

News Channel 5 also reported that all seven victims were later confirmed dead by authorities. They have been identified as: Gwen Lara, a diet guru and founder of the Remnant Fellowship Church, her husband Joe Lara, an actor, Jennifer J. Martin, David L. Martin, Jessica Walters, Jonathan Walters, and Brandon Hannah. The latter five victims were all from Brentwood and were members of Lara’s church.

On May 30, 2021, she and her husband were reported missing and presumed dead after their Cessna Citation 501 jet aircraft was reported to have crashed in Percy Priest Lake near the Smyrna, Tennessee airport. Rutherford County authorities were in the process of recovering the wreckage.

Gwen’s daughter, Elizabeth Hannah, reportedly sent out a text to other members of the church asking for prayers following news of the crash. Hannah confirmed who was on the plane and said in her text that “the aircraft had to go down for a controlled, quick landing.”

According to her bio on the church’s website, “…Over 30 years ago, Gwen began the “Weigh Down Workshop” a Bible study series that directed hurting, imprisoned souls how to turn away from destructive vices and unwanted behaviors and emotions – such as overeating, alcohol indulgence, anger and depression – and point them to a genuine relationship with God. The results of pointing seekers to the Truth in the Bible, along with the practical “how to” wisdom, produced phenomenal results. The once obese lost all their excess weight, addicts were no longer turning to their vices, and the depressed experienced true joy.

“Participants even reported that their finances were being restored and their marriages were being healed – all a direct result from what they were learning and putting into practice through the Weigh Down Workshop Bible studies. Local churches heard of the life-changing teachings of Gwen and inquired if they could host Weigh Down Workshop classes in their own facilities…and a grassroots revival was soon underway.”

David and Jennifer Martin, who were also on board the plane, are pastors at the church, as were Jonathan and Jessica Walters.

Lara founded the Remnant Fellowship Church in 1999, which at first was a small gathering at the back of the Weigh Down building in Franklin, TN in the shipping department. In 2002, the Shamblins purchased 40 acres of land in Brentwood, Tennessee, where construction for the church building took place.

Her husband, Joe Lara, is best known for the role of Tarzan in the American TV series Tarzan: The Epic Adventures.

The church is yet to release an official statement.