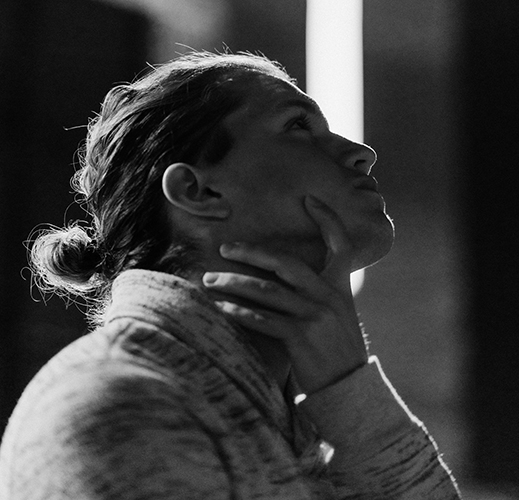 There’s an old joke about someone who is looking for the perfect church. They tell a friend, “If I could just find that church, I’d attend regularly and become a member.”

The friend replies, “But the moment you join it would become imperfect.”

Exactly. That is the state of the human race.

In that same spirit, it has been said that heaven will be at one and the same time a great eye opener and a great mouth closer.

Of course, we can smile at these anecdotes and jokes, but when the rubber meets the road, it can be a little unsettling.

We wonder to ourselves, “How can God use him? After all, he doesn’t agree with our doctrine, and we know our doctrine is sound. Why would God send revival to his church?”

Or, “How can God use her? After all, she’s a woman, and women should not be preachers or teachers. Why would God bless her ministry so powerfully when she shouldn’t even be in ministry at all?”

Conversely, those same people might look at us and wonder, “How can God use them when they are so biased and judgmental?”

The divine answer would be the same, “I’m using these different people because they’re the only ones available!”

In 2014, God intervened in my life and helped me make a radical transformation in my diet and lifestyle, getting rid of all the unhealthy foods and eating healthy foods only.

It wasn’t because I was a glutton. It was because of lifelong unhealthy eating habits.

I was a chocoholic and could have eaten pizza for lunch and dinner every day and been happy. I was addicted to unhealthy foods, foods that were destroying the one and only body with which God had entrusted me.

Yet He used me powerfully even when I was fat. He blessed my ministry even when I was a food addict. He saw my heart and knew how deeply I loved Him and wanted to honor Him, and I was very disciplined in other areas of my life.

Of course, my unhealthy lifestyle would have cut my life short, and it was already impinging on my quality of life. So, you do reap what you sow. But as for God’s calling on my life and His blessing on my teaching and preaching and writing, that continued unabated.

My first 4-5 years as a believer, I firmly believed in a pretribulation rapture, a belief I discarded more than 45 years ago. God used me in those early years, and He has used me since.

They were two of the most significant Christian leaders in the 18th century and longtime friends and colleagues, with Wesley as the senior. For a time, though, they had a deep separation between them, as Wesley was a staunch Arminian and Whitefield a staunch Calvinist. They even preached openly against each other’s beliefs.

Yet God used both of them powerfully, even when they were separated, and their legacy remains to this day.

Unfortunately, even though Wesley and Whitefield reconciled on a personal level, many of their followers remained divided. This must grieve the heart of God.

Wesley was also a staunch opponent of slavery, playing an influential role in the life of William Wilberforce, the man used by God to eradicate slavery from the United Kingdom and British Empire. Whitefield, known as a deeply Christian man, had a very mixed record when it came to slavery.

As noted on one Christian website, “By 1740, the young Whitefield was not only drawing crowds in the tens of thousands to his outdoor sermons [in the American colonies], but he was prepared to indict southern slave masters for their abuses of slaves in his published ‘Letter to the Inhabitants of Maryland, Virginia, North and South Carolina.’ Whitefield also demonstrated personal interest in African Americans who responded to his preaching, believing that they not only had an eternal fate, but that they could become serious (and educated) Christians.

“By the mid-1740s, however, Whitefield became connected with slave masters who had converted under his ministry, and though he never publicly retracted his criticisms of the institution, he complied with his wealthy friends’ offers to give him slaves and a South Carolina plantation. More importantly, Whitefield became convinced that he needed slaves to work at a Georgia plantation to fund the operations of his Bethesda orphanage, outside of Savannah, which was the great charitable project of his career.”

What are we to make of this?

“Here is a man who was the most tireless gospel preacher of his era, and who seemed to care a great deal about orphans and African American converts. But he also became one of colonial America’s staunchest advocates for slavery’s expansion. Are we permitted to admire such a man, in spite of his glaring blind spots?”

We can easily condemn Whitefield for his actions today as we live in the post-slavery era. But there’s a good chance we would have been more guilty than he was had we lived in his day.

More certainly, we all have significant blind spots to this moment. We are just unaware of them as people of our time and era, as Whitefield was a man of his times.

The bottom line is that God uses imperfect people because that’s all He has to work with.

And while I do my best to be doctrinally sound, biblically balanced, disciplined and godly, living above reproach, I recognize that I live and minister by God’s mercy every day of my life. I will do my best to extend that same mercy to you.