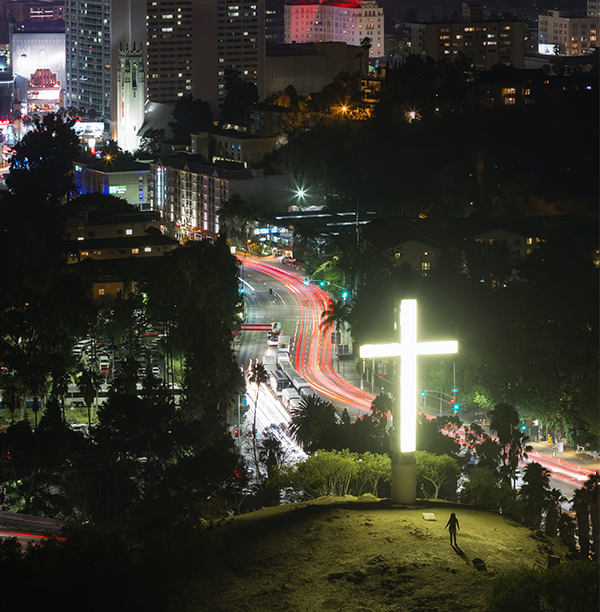 Film historians tell us that at the turn of the last century – roughly between 1898 and 1914 – the Church produced more movies than Hollywood. Indeed, in those days the Church was eager to seize on this new art form and use it to share the gospel. In fact, a number of years ago, our team at Cooke Media Group worked with a historic church in New Jersey.

The church had been built around 1900, and when they did a recent remodeling project, they broke through the back wall of the church and were shocked to discover a rare 35 millimeter theatrical film projector had been closed up in the space.

After some research, they discovered that about 100 years ago, the church would have Saturday night “movie nights” and encourage people from the community to come and watch movies produced for gospel purposes. We’re finding more and more evidence that was very normal in large churches of the time.

Today, with the COVID-19 virus, while Hollywood is virtually shut down, the Church is ramping up media production to the highest levels in history. From live streaming worship services, to producing short videos, to impromptu Facebook and Instagram videos, webinars, and more – churches and ministry organizations across the country are answering the call to reach out and connect through media.

I’ve spent so much of my career trying to convince pastors and ministry leaders of the importance of media, that I can’t describe how gratifying it is to see them responding to the crisis in such huge numbers. Right now I can look out my home office window and see Walt Disney Studios, Universal Studios, and other film studios sitting silent. But at the same time, I’m seeing churches and ministries raising the standard.

Hopefully, that’s something that won’t change after this crisis is over…