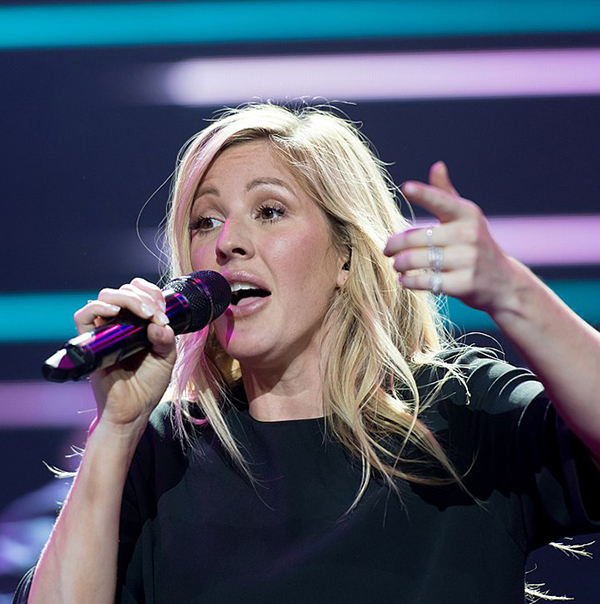 After initially threatening to pull out of performing at halftime at a Thanksgiving Day NFL game, popstar Ellie Goulding has backed down.

The Salvation Army has confirmed that Ellie Goulding will perform at its Red Kettle Kickoff, the concert that takes place during halftime of Dallas Cowboys’ Thanksgiving Day game. Goulding, the chart-topping British pop musician, said last week she was considering backing out of the nationally televised performance, which marks the beginning of the Salvation Army’s Red Kettle campaign, after fans expressed anger on her Instagram over what they viewed as anti-LGBTQ stances adopted by the charity organization.

“Thank you for shedding light on misconceptions and encouraging others to learn the truth about The Salvation Army’s mission to serve all, without discrimination,” David Hudson, National Commander of the Salvation Army, stated. “We applaud her for taking the time to learn about the services we provide to the LGBTQ community.”

Goulding commented last week, “Upon researching this, I have reached out to The Salvation Army and said that I would have no choice but to pull out unless they very quickly make a solid, committed pledge or donation to the LGBTQ community.

“I am a committed philanthropist as you probably know, and my heart has always been in helping the homeless, but supporting an anti-LGBTQ charity is clearly not something I would ever intentionally do. Thank you for drawing my attention to this.”

Goulding has been savaged on social media for holding a charity that helps so many people hostage. She also posted a picture on Instagram of her helping feed the homeless in New York.

One commented, “Why doesnt she donate? She has soo much money anyways. How u gonna DEMAND a charity donate when theyre whole mission is to help PEOPLE? She needs to start asking her little rich celebrity friends to donate?”

Another stated, “They do feed anyone who needs food…whatever sexual orientation…they don’t give out cash but food to ANYONE hungry. There is no check point at the door.”

Yet another said, “What right has one person to force or blackmail another to donate to anything? Isn’t that illegal? I am very sure extortion and blackmail is illegal or is it legal now?”

The list of comments were wide and varied, but enough for Goulding to realize that she has offended a huge number of people with her stance.

The Salvation Army annually helps more than 23 million Americans overcome poverty, addiction and economic hardships through a range of social services. Holding such an organization to ransom unless they support a stance she believes in was probably not the smartest idea.