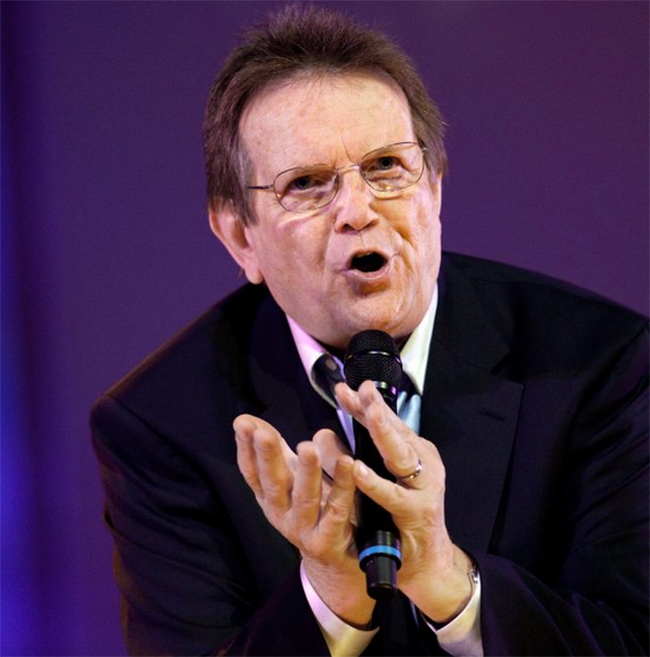 Evangelist Reinhard Bonnke, who many claim is responsible for as many as 79 million people meeting Jesus, has passed away. He was 79 years old.

His death was announced by his wife, Anni Bonnke.

In a post on his official Facebook page, Anni stated that, “It is with sorrow that the Bonnke Family would like to announce the passing of our beloved husband, father, and grandfather, Evangelist Reinhard Bonnke. He passed away peacefully, surrounded by his family, on December 7, 2019.

“For the past 60 years he has preached the glorious Gospel of Jesus throughout the entire world. We want to thank you on behalf of him and our family, for your kind love and unwavering support, which enabled him to preach the matchless message of salvation to countless people.”

Bonnke studied at The Bible College of Wales in Swansea, where he was inspired by the director Samuel Rees Howells. In one meeting after Howells spoke of answered prayer, Bonnke prayed, “Lord, I also want to be a man of faith. I want to see your way of providing for needs.” Passing through London, he had a chance meeting with the famous preacher George Jeffreys, who encouraged the young German student.

After graduation, he pastored in Germany for seven years. He began his ministry in Africa, with which he was principally identified, preaching in Lesotho in 1967. He subsequently held evangelical meetings across the continent.

In 1974, Evangelist Bonnke formed Christ for All Nations (CfaN) as a means of facilitating the fulfilment of that dream. CfaN has worked with one goal: to reach Africa with the gospel, from Cape Town to Cairo. By the grace of God, they’ve been incredibly successful in that effort.

Bonnke began his ministry holding tent meetings that accommodated large crowds. In 1984 he commissioned the construction of what was claimed to be the world’s largest mobile structure – a tent capable of seating 34,000; this was destroyed in a wind storm just before a major meeting and therefore the team decided to hold the event in the open air instead. According to this account, the event was subsequently attended by over 100,000 people which is far greater than the 34,000 seating capacity the tents could contain.

Bonnke announced his ‘farewell gospel crusade’ to be held in Lagos, Nigeria in November 2017. Lagos is also the location of a gospel crusade held in 2000 which, according to Christ for all Nations (CfaN), is the organization’s largest to-date, drawing an attendance of 6 million people.

Daniel Kolenda, the President of (CfaN) commented: “It is with great sadness that I and the entire Christ for All Nations family announces the death of our founder, friend and spiritual father, Reinhard Bonnke.

“All told, more than 79-million people made Christ their Lord as a result of Evangelist Bonnke’s ministry. Bonnke was best known for his gospel outreach campaigns throughout Africa. It is no exaggeration to say that his work transformed the continent.

“Evangelist Bonnke drew some of the largest live audiences in history. In November of 2000, at a single meeting in Lagos, Nigeria, 1.6 million attendees heard him preach the truth of salvation through faith in Jesus Christ. From big cities to the bush, in deserts, jungles and savannahs, similar crowds assembled in almost every nation in Africa.

“It wasn’t Reinhard Bonnke’s speaking alone that drew the masses. The multi-day events were always marked by the miracle-working power of God. From the start of his ministry in 1967 to his last gospel campaign in 2017, thousands upon thousands were healed. The creative work of the Holy Spirit dissipated cancers, opened blind eyes, reset broken minds and shook the Church to once again believe for the “greater works” promised by Jesus Himself.

“Those who knew him off-stage can testify to his personal integrity, genuine kindness and overflowing love for the Lord. His ministry was inspired and sustained by his rich prayer life, his deep understanding of the Word and his unceasing intimacy with the Holy Spirit. As he wrote in Living a Life of Fire (one of more than 30 books he authored).”

“In truth, I have done nothing alone,” Bonnke once commented. “God has called me and has been my pilot. The Holy Spirit has been my comforter, my guide, and my power source… He brought to me the perfect wife. He gave us our beautiful children and extended family. And He has provided a team that has grown with me through decades of working together. Beyond that, He has brought thousands to stand with us. They have supported us in prayer and in partnership. Our rewards in Heaven will be equal.”