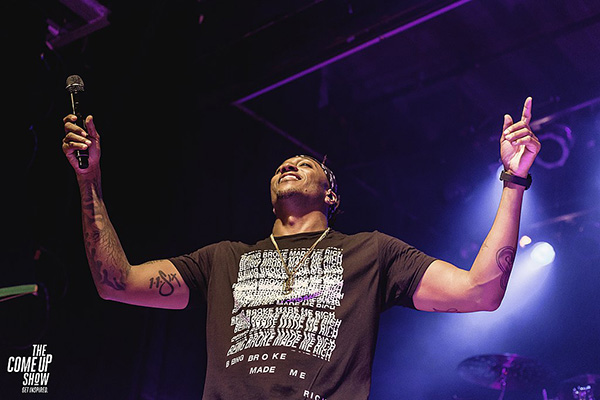 Lecrae has joined his ‘brother’ in boycotting the annual music awards after racial comments were edited out of Kirk Franklin’s speech.

“People have been wondering about my support of my friend and brother,” he stated in a video posted on Instagram. I support my brother Kirk and until we have a conversation about these issues, I won’t be able to participate either, that’s just where I stand.”

“I know the issues that he’s wrestling with and I agree and support him wholeheartedly” and added that he thinks the industry can and will do better.”

Franklin stated earlier this week, “I feel like quitting,” he stated. “I am heartbroken that I even have to share this with you. In 2016, I was blessed to win an award for best Gospel Artist Artist of the Year at the Dove awards. For those who don’t know, the Dove Awards are the comparison of the Christian Grammys.

“For so long, the terms ‘Christian’ and ‘Gospel’ for many were codewords for ‘black’ and ‘white’, which history may teach us was a set up for this unfortunate place we find ourselves in today.

“During that awards speech I felt the responsibility, as a Christian and a man of colour, to address the civil unrest at that time that was plaguing our country.

“I called upon the audience to remind them that as Christians, when we say nothing, we say everything. Unfortunately, when my speech was aired on TV, that part was edited out.”

The President and Executive Director of the Gospel Music Association, Jackie Patillo, stated, “Due to our broadcast window, we had to significantly edit the Dove telecast to 2 hours, which aired Sunday, October 20th,” she wrote. “In light of this, we understand that many were disappointed because there were so many memorable moments and noteworthy portions of acceptance speeches absent.

“Specifically, we were made aware of troubling concerns regarding the edit of Kirk Franklin’s acceptance speech. At the request of Kirk’s team, we held our response regarding those concerns until we were able to speak with Kirk privately, apologize directly, and discuss resolutions to rectify this unfortunate issue.”

Franklin has not yet stated whether he will accept GMA’s apology and attend the 2020 awards.