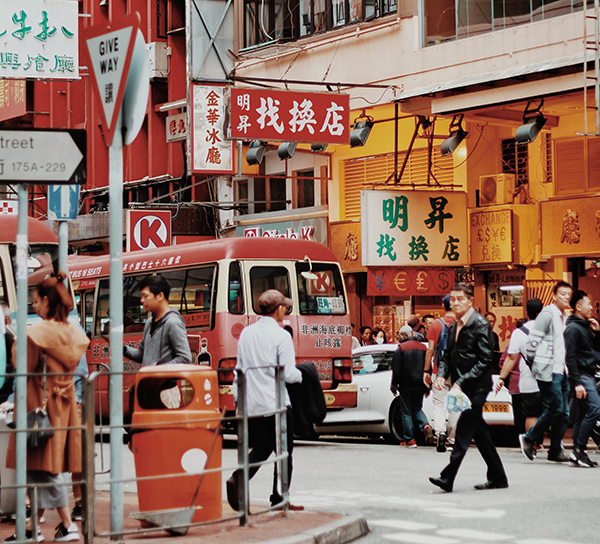 Francis Chan has made a major announcement, stating that he and his family are leaving North America to be based in Hong Kong.

During his final chapel service at Azusa Pacific University in California last Wednesday, Chan stated that he is over the American style of doing church.

“I feel like I’ve been fishing in the same pond my whole life and now there’s like thousands of other fishermen at the same pond, and our lines are getting tangled and everyone’s fighting over stupid things,” he said.  “One guy tries some new lure and we go, ‘Oh, he caught a fish, let’s all try his method’. And it just feels like, what are we all doing here?”

In a statement on his website, he said, “Nine years ago, while we were in Hong Kong, Lisa and I both felt God was calling us to move there. At that time, I had no desire to return to the US. None of us did. It’s not that we didn’t love living in the US, but we were really enjoying our dependence on God in unfamiliar, uncomfortable places. However, as we were searching for an apartment and school in Hong Kong, I believe the Lord spoke to me. He made it clear that there were two things I had to do in the States before I could go anywhere else: He wanted me to display a different picture of Church and a different picture of marriage/family.

“In my study of scripture, I saw a goal for Church and family that was radically different from what most American Christians envisioned and enjoyed. It has taken longer than I expected, but I believe I have completed the work I was supposed to do. Over the past 7 years, I have written two books—one about marriage and one about Church. More importantly, I have tried to live those messages out, giving those around me an example of what I wrote about.

“Paul told Timothy and Titus to “appoint elders” in every city. The strength and stability of the Church should be grounded in the godliness of the leaders put in authority. We now have several elders leading the churches in San Francisco, and they are the godliest men I know. I was able to joyfully step down as an elder and come under their leadership about a year ago in order to show that our church was not built around one person’s gift. We now have 25 pastors who are shepherding the people well. Disciples are being made, and the church is strong.

“About two months ago, I was walking through a slum in Southeast Asia. I went from hut to hut with a translator, sharing the gospel with people who had never heard about Jesus. The more I shared the gospel, the more alive I felt. It’s a completely different experience sharing with those who have never heard versus sharing with those who have already chosen to reject Jesus over and over. The more I shared my testimony coupled with the gospel message with these unreached people, the more I thought about how I wanted to do this with the remainder of my life. When I considered the need and opportunity, I knew I wanted to be based in Asia.

“I also have an opportunity there to work with the ultra poor (living off less than 50 cents a day)—to bring relief, share the gospel, and plant churches among them. When I compare that opportunity to things I currently do in the States, the Kingdom profit seems much greater overseas at this point of my life. While I think I will occasionally minister in the US, I plan on being based in Asia for this next season of life.

“Lots has changed in my family since moving to San Francisco. We had two more children and adopted another. My oldest daughter, Rachel, married one of our pastors and I am now a grandpa. My daughter Mercy is getting married later this year to another one of our pastors. These are two of the godliest young men I have ever met. Since deciding to move to Hong Kong, both of my son-in-laws have decided that their families want to join us. It’s hard to explain what an unexpected and amazing blessing this is. My family really does feel like a small army.

“We love being with each other, and our varying gifts work well together. My life is truly too good to be true.

“Our current plan is to move to Hong Kong in February. A lot can change between now and then, but we are heading this direction unless the Lord redirects us. I have no idea how long I will stay in Hong Kong. I had no idea I was going to live in San Francisco for nine years. We will just try to discern the Spirit’s leading daily.”

Chan is the former teaching pastor of Cornerstone Community Church in Simi Valley, California, a church he and his wife started in 1994. He is also the founder and chancellor of Eternity Bible College and author of several books.

Chan also sits on the board of directors of Children’s Hunger Fund, World Impact and Gospel for Asia.