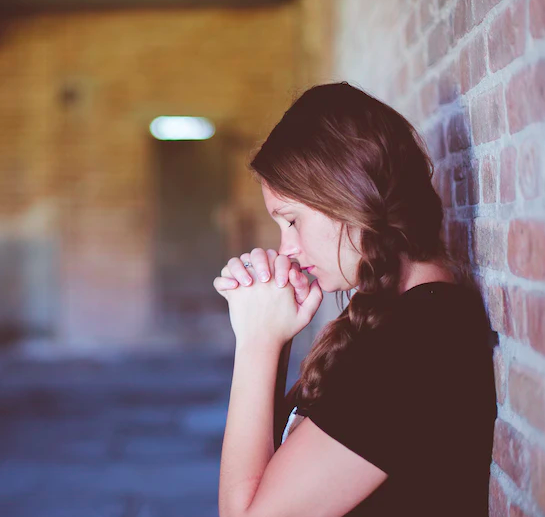 Are you waiting on a promise from God? That can be difficult, but it is important to make the most of the waiting, so when the promise comes, you steward it well.

Waiting for the Promise

God’s promises come in His time, in His way, to accomplish His purposes.  Many of us have been praying for the fulfillment of a promise for quite some time. You may be waiting for someone’s salvation, or an open door for ministry, or greater influence in your life, or widespread revival or some else. I certainly have.

As I pondered that recently, the Lord reminded me through the story of Mary, to actively and expectantly wait.

Mary was still a teenager when Gabriel appeared with the startling news that she would give birth to the Messiah. That was an astonishing statement particularly for an unmarried woman in that day.  The promised Messiah was coming, through her! God’s promise was very personal.

Mary had a choice. She could embrace God’s plan and wait for its fulfillment; or not. Mary did the first, embracing God’s plan even though she didn’t understand it all. But Mary’s waiting wasn’t passive. It was filled with faith and action.  There are five things she did in the waiting, that we can apply in our lives too.

Believe: First, she believed God’s promise, even though it seemed impossible. She also wanted some details, asking “how can this be, I am a virgin” (Luke 1: 34 NLT)? But that didn’t constitute unbelief. She wanted to understand her part more fully.

Submit: From her belief, Mary submitted herself to God’s plan. She could have been stoned to death for getting pregnant out of wedlock. Or, at the very least be ostracized, outcast and looked down upon. But Mary had amazing faith in God, and an earnest desire for His will be done.  So, she responded, “I am the Lord’s servant. May everything you have said about me come true” (Luke 1:38 NLT). Wow! She was willing to abandon her status, her standing, her future into God’s hands with no expectations or guarantees.

Be with Likeminded People:  Shortly after her angelic encounter, Mary went to stay with her relatives, Zechariah and Elizabeth. They, too, had believed God’s promise and submitted to His plan. They were waiting for their son, John the Baptist, who would prepare people’s hearts for Messiah. When she arrived, Elizabeth immediately recognized that Mary was also part of God’s plan. In those early days, there was not yet any proof that Mary was pregnant. So, she encouraged Mary’s faith, saying “you are blessed because you believed that the Lord would do what he said” (Luke 1:45 NLT). Elizabeth’s proclamation and support helped foster peace in the waiting.

Praise: Mary’s belief welled up in her and spilled out as praise; which inevitably strengthened her faith. Luke 1:46-55 records a song of praise that she created which thanked the Lord for what He had done for her. But it also praised His character and the things He had done for her people. She looked at the big picture and praised God for it all.

Psalm 22:3b NLT tells us that God is “enthroned on the praises of Israel.” So, as she praised, God’s throne, His rule and reign were reaffirmed in and over her life. His presence was near in her waiting.

Endure: Pregnancy is not for the faint of heart and Mary went through it all. In addition, her parents were likely horrified. Her engagement was nearly ended. After Gabriel assured Joseph that the pregnancy was truly by the Holy Spirit, they finally married. But just when she was due, they had to make an arduous journey from Nazareth to Bethlehem. Those nine months tried Mary mentally, emotionally, and physically. But she endured. Romans 5:4 NLT tells us that “endurance develops strength of character, and character strengthens our confident hope of salvation.” Mary was carrying the Savior, so she needed endurance in the waiting.

What promise are you waiting for? Have you heard from the Lord about it? If not, talk with Him. Then believe what He says. Submit all your expectations, your status, your future into His hands to do as He sees fit.  Get around other people of faith who will encourage you. Praise God for all He has done for you, for who He is and what He has done for others. And when times get tough, and the pressure is on, endure.

God promises, “My Word which goes from My mouth will not return to Me empty. It will do what I want it to do, and will carry out My plan well” (Is 55: 11 NLV). God’s promise to you will be fulfilled!

Dr. Jodie Chiricosta is vice president of Somebody Cares America/International. She teaches and consults on a variety of Christian living and leadership topics and is a host of the podcast Her God Story.