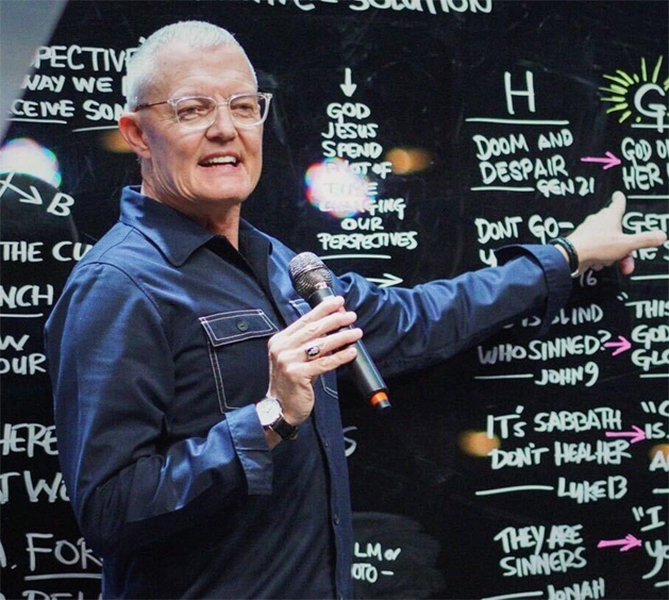 Sy Rogers, the American pastor who was part of the ex-gay movement, has passed away.

A former gay man, Rogers created a ministry speaking on his transition from being gay to straight. He was a President of Exodus International and became one of the earliest noted personalities associated with the ex-gay movement during the early 1980s.

His life story was documented in his book “The Man in the Mirror”.

Tributes are pouring in on social media as Rogers leaves behind his wife, Karen.

Rogers was based in Auckland, New Zealand, where his pastor, Paul de Jong, commented on Instagram, “Such a sad day with the news of the passing of Sy Rogers today. He was truly a loved, trusted, loyal and faithful friend. Our prayer is with you Karen and all the family and we ask God for profound peace in this deep valley. Sy’s legacy will echo through eternity.”

As a young man, Rogers was involved in the gay community. He later identified as transsexual, living as a woman for a year and a half and beginning the process of arranging to have sex-change surgery. He credited his conversion to Christianity for igniting personal growth and a new-found security in gender identity which enabled a shift in his sexuality to heterosexual.

He stated in his personal story, “My goal was not to be straight–it was God”. He married a woman he met in a Bible-study group, began to identify as heterosexual, and they had a family together. In 1988, Rogers told a reporter for the Chicago Sun-Times that the ex-gay movement was not anti-gay, “If you want to stay gay, that’s your business… But the bottom line is, you have a choice to overcome it. You can change. The goal is God–not going straight. Straight people don’t go to Heaven, redeemed people do.”

Rogers and his wife Karen married in 1982 and had children and grandchildren. From 2012, he was a Teaching Pastor with the multi-campus LIFE Church & College in Auckland, New Zealand.

Rogers is portrayed in the 1993 documentary “One Nation Under God”.

His departure was confirmed through social media post made by Twitter users who poured out tributes and condolences to the family of the deceased.

Details have not yet been released about this death, as a family statement on the death is yet to be released.