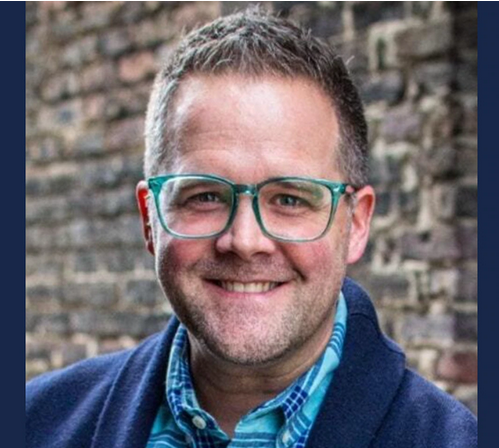 A former pastor who has been open about his struggles with his own mental health has died.

Glenn Stephen “Steve” Austin, was a former Alabama pastor turned writer, podcaster and life coach from Alabaster. In 2016 he authored the book, “From Pastor to a Psych Ward,” in which he discussed being found unconscious in a hotel room by emergency responders after taking an overdose of medication in a failed suicide attempt, according to the report.

Austin, a well-known advocate within the faith, mental health, and LGBTQ+ communities, passed away last Sunday in what is reported to be suicide. He leaves behind his wife, Lindsey, and children, Ben (9) and Cara (7), as well as his parents, brothers, and a host of family and friends.

According to AI.com, in a 2019 interview with bhamchristianvoice.com, Austin said he “survived childhood sexual abuse, plus years of toxic theology, but the effects rippled through my life for the next twenty-five years. This isn’t your typical Christian story.

“I wrote From Pastor to a Psych Ward to chronicle the years leading up to the suicide attempt, and to give people the practical steps I took in the first year of recovery after nearly dying. There was no “magic Jesus pill” that suddenly made life better,” Austin said.

“Recovery from a suicide attempt is a living hell, but it is possible. Faith was a part of my journey, but so was medication, a powerful support system, and grueling hours in therapy. This book is for anyone who has nearly died by suicide and is left wondering “what’s next”. It’s also a great resource for people who care about someone with a mental illness.”

After surviving a suicide attempt at the age of 29, Steve sought help for his lifelong battles with depression, anxiety, and PTSD. Once Steve began to share his story, he quickly became a leading voice at the intersection of faith and mental health.

“Steve impacted countless lives with his infectious laugh, warm smile, and fierce commitment to removing the stigmas associated with mental health within the church,” family said. “A gifted writer and speaker, Steve has written several books since 2012, including From Pastor to a Psych Ward, Catching Your Breath, Hiding in the Pews, and Slow Miracles. He also hosted the Catching Your Breath podcast, offered group coaching, and partnered with churches to make their communities a safe place for those who are suffering.

“Unfortunately, Steve succumbed to his suicidal ideations in a time of struggle and despair. Knowing how much he advocated for those of us who also battle our own demons, we felt Steve would have wanted you to know. He would also want you to reach out for help if you find yourself in such a place. A link to resources is available here and at the bottom of this page.

“Steve’s wife Lindsey, and their two beautiful children, Ben and Cara, need the support of this incredible community, both locally and online, as they navigate the difficult weeks and months ahead. On behalf of Lindsey and the kids as well as the rest of Steve’s family: Thank you to every single person who has reached out with prayers and support. They are unable to respond to every individual message at this time but are so appreciative of each and every one of you.”

A GoFundMe page has been set up for his family.