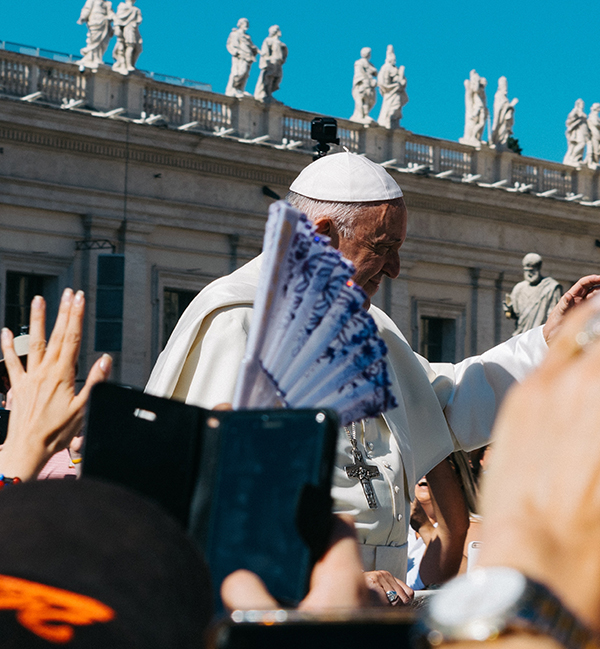 Pope Francis has created a major controversy by expressing support for same-sex civil unions. Now, Franklin Graham has shot back, refuting claims that Christians can continue to live a life of homosexuality.

In the new “Francesco” documentary, directed by Oscar nominee Evgeny Afineevsky and being released in time for the Rome Film festival, the Pope states that “homosexual people have a right to be in a family (of believers)”.

“They are children of God and have a right to a family,” he said. “Nobody should be thrown out or made miserable over it. What we have to create is a civil union law. That way they are legally covered.”

It is some of the clearest language Francis has used in relation to the rights of LGBTQ people.

Franklin Graham, however, doesn’t agree. The news has reported that Pope Francis said in a new documentary that “homosexuals have a right to be part of the family” and is calling for civil union laws for same-sex couples,” Graham said. “I find these comments from the Pope unthinkable in light of the Word of God. The Bible teaches that when God created the human race, “He created them male and female, and blessed them…” (Genesis 5:2). The first family consisted of a male husband and a female wife, then their children, which is how God defines society’s most basic social unit, the family.

“The Bible makes it clear that God disapproved when “women exchanged natural relations for those that are contrary to nature; and the men likewise gave up natural relations with women and were consumed with passion for one another…” (Romans 1:26-27).

“The Holy Scriptures are clear—the love of God is completely inclusive. He loves each and every person, whatever choices we have made that are contrary to His standard. “All have sinned…” (Romans 3:23) and that includes me. But the Good News is that Jesus Christ came to this earth to save sinners by taking our sins on Himself to the cross where he bled and died, was buried, and God raised Him to life on the third day. In order for us to be saved, God requires that we repent of our sins—that means to turn away from those sins and to leave them—and put our faith and trust in His Son, Jesus Christ who paid the penalty for sin.

“For Pope Francis to attempt to normalize homosexuality is to say that Holy Scriptures are false, that our sins really don’t matter, and that we can continue living in them. If that were true, then Jesus Christ’s death, burial, and resurrection wouldn’t have been needed. The cross would have been for nothing. No one has the right or the authority to trivialize Christ’s sacrifice on our behalf.

“Yes, God makes it clear that He loves us and does want us to be part of His family, but He also tells us how that can happen. The Bible says, “Repent therefore and be converted, that your sins may be blotted out, so that times of refreshing may come from the presence of the Lord” (Acts 3:19).”

Graham has also called for a national day of prayer and fasting this Sunday in the lead up to the all-important U.S. election.

“I want everyone to know the truth and to find the peace that comes only from fully surrendering our lives to Him and His commands,” he continued. “The consequence of an unrepentant, unbelieving heart is also clear in the Word of God—eternal death. Unless we repent and receive His offer of forgiveness, surrendering our lives to Him, we will spend eternity as part of a different family when we leave this earth—the family of the condemned.”

According to Vatican News, “Francesco” interweaves voices and stories from past and present. It includes exclusive interviews with Pope Francis himself, with Pope emeritus Benedict XVI, with members of the Pope’s family and many others. In it, Afineevsky highlights the challenges of our time, the urgencies that need answering and the mission of the Church in looking to those who suffer injustices.