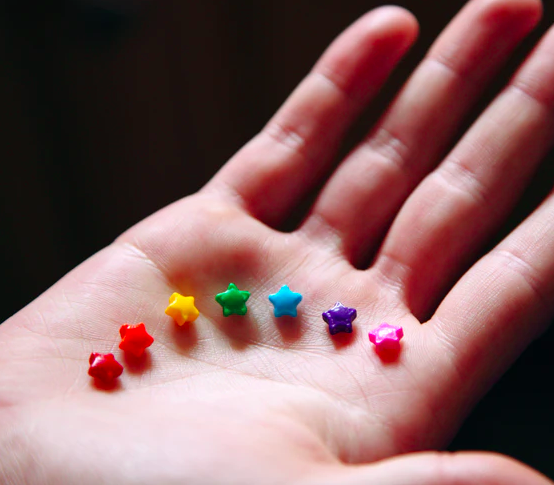 Gender identity is a current and controversial issue. It’s a topic the church needs to discuss in love, understanding, and welcome to those who identify as different to the usual “male or female” distinctions.

So, as Julie Andrews sang in the Sound of Music, “let’s start at the very beginning; it’s a very good place to start.”

The Bible’s first chapter states, “Then God said, “Let Us make man in Our image, according to Our likeness; let them have…So, God created man in His own image; in the image of God He created him; male and female He created them“ (Genesis 1:26-27 NKJV).

Notice the strange language used here. It appears to be a convoluted way of expressing gender creation. Some Jewish scholars explain the unusual language as meaning that God created the first human being as an androgynous (genderless) person in the image of God.

The expression “male and female He created them” is called a merism, a figure of speech in which two contrasting parts express a totality. The Bible is replete with examples of merisms. Consider:

Joel 2:28, “your old men will dream dreams, your young men will see visions.” That is to say: old, young, and everyone in between.

Isaiah 57:19, “Peace, peace, to those far and near,” says the LORD. Far and near and everyone in between.

Revelation 13:16, “all people, great and small, rich and poor, free and slave.” The three merisms in this verse give substance to “all people.” For example, middle-class people are not left out even though they are not mentioned. “Rich and poor” is a merism that includes everyone in between.

So, Genesis 1:27 explains that God created the human being as “male and female.” As a merism, the Bible teaches that humans are male and female and everyone in between. We must understand this about the Bible because these very same Scriptures have been used to ostracise anyone who doesn’t fit into the stereotypical binary of male and female.

Jesus recognised this when he was asked about divorce in Matthew 19. After teaching the people from the words of Genesis, Jesus went on to describe a potential third gender that he called “the Eunuch.” Some Eunuchs, Jesus said, “were born that way.” (12).

Rabbi David Meyer puts it this way: “how tragic it is that anyone would walk into a community which carries God’s name and be made to feel that their humanity, their identity, their inner dignity has to be checked at the door.”

Meyer states that the Jewish legal tradition identifies six distinct “genders,” assuming the male and female as normative but including terms we now refer to as intersex or transgender identities.

The androgynos person has both male and female characteristics.

The tumtum is one whose biology is unclear. It usually refers to a person whose sex is unknown because their genitalia are covered or “hidden” or otherwise unrecognisable. Today, we refer to this as intersex.

The aylonit is identified as female at birth, but at puberty, develops male characteristics.

The saris appear as male at birth but later take on more typically female characteristics.

Gender differences are taught in the Bible and subsequent Jewish oral tradition (The Mishnah) that was committed to writing in the third century BC.

The Mishnah states, “An androgynous, who presents both male and female physical traits, is in some ways like men and in some ways like women. In some ways, they are like both men and women, and in other ways, like neither men nor women.” (Bikkurim 4:1).

The Mishnah suggests that the Jewish understanding of gender is neither binary nor a framework into which every person must be forced to fit. Instead, we see gender diversity as a spectrum of possibilities for reflecting the image of God.

We see this diversity reflected in God’s nature. In Scripture, God is represented in human terms to help us grasp the vastness of God. God is pictured in male and female expressions but is ultimately above gender and certainly not limited by it.

Author Aaron Armstrong says, “God is quite comfortable referring to Himself using or inspiring the use of both feminine and masculine characteristics, even if it makes some of us uncomfortable.”

God is indeed presented in the Bible by male pronouns such as he, his, and him, but this does not demand precisely the same thing it does when used of human beings. When considering addressing God with pronouns, the following would be appropriate:

God as Trinity = Pronoun, They, singular and plural.

Jesus = Pronoun, He. Although his glorified humanity no doubt transcends “maleness.”

Ultimately, God is above gender. Gender is only used to help us grasp an eternal, limitless, all-powerful being.

I’ve chatted with some people over the years who find God’s male images to be triggering. If that describes you, I suggest that you focus on God’s feminine metaphors and seek healing from the Holy Spirit because she is gentle and compassionate.

Ultimately in Christ, there is neither male nor female. In other words, the kingdom of God does not discriminate based on gender or anything else. Everyone is welcomed and included by the all-encompassing arms of a loving Saviour. How sad it is then that some quarters of the church still exclude people whose gender identity is other than male or female, and they quote the very Scriptures that are meant to liberate people and encourage us to embrace difference.