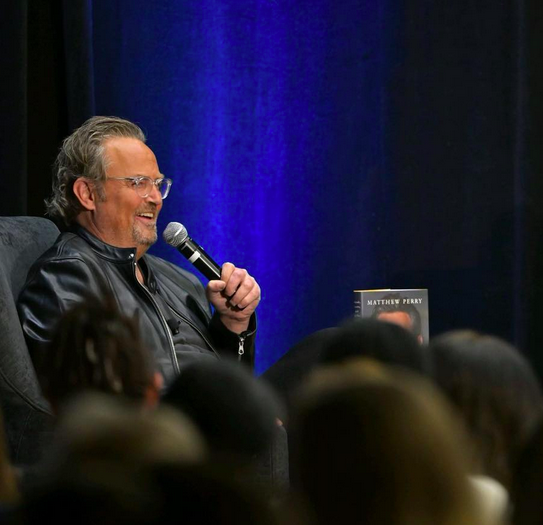 Matthew Perry, made famous from his time on the Friends sitcom, has opened up on his life in battling drug and alcohol addiction, including his first ever prayer to God.

Perry, 53, has just launched his new biography Friends, Lovers, and the Big Terrible Thing, which details his life of being in the Hollywood spotlight, including his dependency on prescription drugs and alcohol.

“Hi, my name is Matthew, although you may know me by another name. My friends call me Matty. And I should be dead,” he says.

And so begins the tell-all story of the acclaimed actor, who takes his readers along on his journey from childhood ambition to fame to addiction and recovery in the aftermath of a life-threatening health scare. Before the frequent hospital visits and stints in rehab, there was five-year-old Matthew, who traveled from Montreal to Los Angeles, shuffling between his separated parents; fourteen-year-old Matthew, who was a nationally ranked tennis star in Canada; twenty-four-year-old Matthew, who nabbed a coveted role as a lead cast member on the talked-about pilot then called Friends Like Us.

But along the way was a major battle with addiction. In an interview with US presenter Diane Sawyer, the actor said he had asked God to make him famous. “God, you can do whatever you want to me; just please make me famous,” he said.

“That was the first time I ever prayed, and I look back at it as a dumb prayer, like a prayer of like a really young person.”

He says he drank first bottle of wine as a 14-year-old.

“I lay in the grass and just was in Heaven. And I thought to myself, ‘This must be the way that normal people feel all the time,” he continued.

“By the time I was 18 I was drinking every day. At that time I was drinking out with friends, a lot, and then at 1:45 I would say ‘I’m going to go home’ and I would race across town to a liquor store, buy a bottle of vodka and drink as much as I had with the other guys that night.”

What’s the most shocking is the severity of Perry’s addiction—he went through detox a whopping 65 times. Perry divulges what his benders were like, how it started, who helped him, and the lowest lows that he experienced. An anecdote about riffling through people’s medicine cabinets for pills is gutting.

In looking back at his time on Friends, he said: “I feel sorry for that guy because that’s a guy that is out of control. But I am so grateful to not be that anymore.”