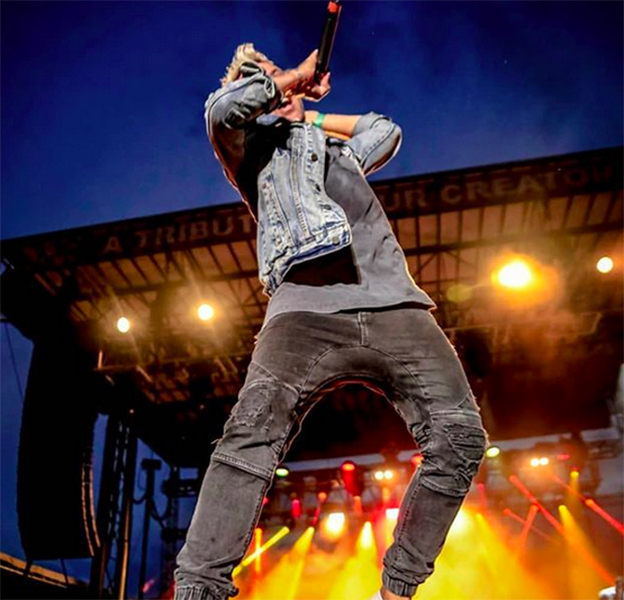 The lead singer of a popular Christian music band has taken to social media to state that he no longer believes in God.

Jon Steingard, pictured above at a live performance, of the popular band, Hawk Nelson, said that, “After growing up in a Christian home, being a pastor’s kid, playing and singing in a Christian band, and having the word ‘Christian’ in front of most of the things in my life – I am now finding that I no longer believe in God.”

Hawk Nelson is a Canadian Christian rock and pop punk band from Peterborough, Ontario. Formed in 2000, the band has released eight studio albums to date.

I’ve been terrified to post this for a while – but it feels like it’s time for me to be honest,” he said on Instagram. “I hope this is not the end of the conversation, but the beginning. I hope this is encouraging to people who might feel the same but are as afraid to speak as I am. I want to be open. I want to be transparent with you all – and also open to having my heart changed in the future.

I am not looking for a debate at all – just a chance to share my story in the hopes some good can come from it. I love you all.”

In his post, he states that losing his faith “didn’t happen overnight or all of a sudden” He stated that, “I have been terrified to be honest about this publicly for quite some time, because of all that I thought I would lose.

“I simply can no longer avoid it. Processing this quietly felt right when I simply had doubts, but once they solidified into a genuine point of view, it began to feel dishonest not to talk about it.”

He said that he and his wife are relieved about walking away from their faith.

Ironically, the band’s latest album is called ‘Miracles’.  Generally speaking, they are hard to believe in if you don’t have a belief in God.

At this point, the band is not disbanding, leaving members to work out how to serve the Christian music market when their frontman has made such a big announcement. The band has not yet released an official statement as to its future plans.