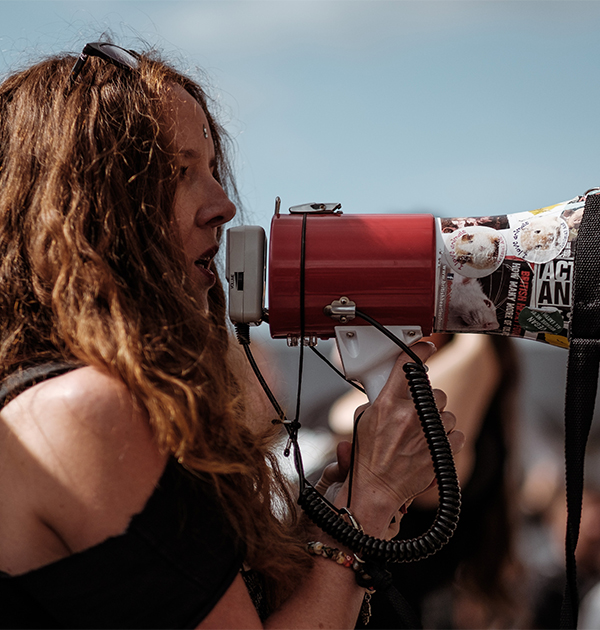 I am writing to ask if you would kindly cease your campaign to eradicate every vestige of religious faith from public life. While you may have found solace in your belief in the randomness and ultimate meaninglessness of the universe, others find solace in their belief in an ultimate cause which provides meaning and purpose. Why are you so hell-bent on destroying their beliefs? Why are you so obsessed with insisting that everyone must conform to your unbelief?

I note that a group of aggressive atheists in the United States were recently unsuccessful in attempting to have a cross in a public park removed and declared unconstitutional. The atheists lost their case in the Eleventh Circuit Court of Appeals last week and their demand to have the cross removed was denied. The cross had been constructed in Bayview Park, Pensacola over 80 years ago as a symbol of hope as the nation was about to go to war, and it has served as a focal point for memorials and Veterans Day services ever since.

In 2016, however, a group of aggressive atheists took the local authorities to court, demanding that the cross be removed, claiming that a religious symbol in a public place was “unconstitutional”. Their court case was funded by two atheist organisations; the Freedom From Religion Foundation (FFRF) and the American Humanist Association. Their almost four-year court battle, however, was finally lost last week. Thank goodness common sense prevailed.

What is driving this kind of repressive agenda? Why does such an organisation as the Freedom From Religion Foundation even exist? Why is the fact that other people choose to practice religion so offensive to them? Why do they want to remove all evidence of religious observance from public society? Because that is clearly their agenda.

The banning of public prayer in schools in many states of America is a case in point. Fifty years ago, a group of determined atheists initiated a court action which resulted in the US Supreme Court banning all school-sponsored public prayer, declaring it to be “unconstitutional”. Similar constraints have been placed upon state schools in Australia. In many countries, the push is now on to remove prayer from parliament and to remove all chaplains and religious education from schools.

Which brings me back to my original question to aggressive atheists:

Why don’t you want to allow others to practice their religion? No one is forcing you to practice religion, so why are you trying to force people of faith to NOT practice it? What is so offensive to you about people expressing their faith in God? Why do you insist that the world to join you in your unbelief? There is something extremely self-centred and arrogant in the philosophy that says, “everyone must be like me; no one is allowed to be different.”

It is this narcissistic desire to make the rest of the world conform to one’s own beliefs that resulted in the deaths of nearly a million people under Stalin’s evil purges of Russia. People of faith and those with political beliefs that differed from Stalin were rounded up and either executed or thrown into gulags. He had the exact same philosophy: “I don’t believe in God, so no one else is allowed to either. I have particular political beliefs, and no one is allowed to differ.”

Don’t get me wrong: I’m not saying that all atheists are aggressive and militant. Over the years I have encountered many atheists who quietly hold onto their unbelief without feeling the need to convert the world to their viewpoint. But the last couple of decades have seen the rise of a new, militant atheism. It has even been given a name – “New Atheism” – a term coined in 2006 by journalist Gary Wolf.

New Atheism is hostile and aggressive. It seeks every opportunity to not only belittle people of faith, but also to censure their voice, marginalise their influence and prohibit their legal right to publicly practice their religion. It seeks to remove crosses from public parks. It seeks to ban prayer from schools and parliament. It seeks to legislate all publicly visible traces of religion out of existence. And this kind of aggressive pressure is having an impact on public policy.

In America over the last few years we have seen some troubling developments. In New Jersey, school teacher Walter Tutka was dismissed for giving a Bible to a student. In Seattle, Joe Kennedy, a football coach at Bremerton High School, was suspended for leading his team in prayer before a game. In Atlanta, Kevin Cochran, a fire chief, was fired (no pun intended) for self-publishing a book defending Christian morality. In North Carolina, Monifa Sterling, a marine based at Jacksonville, was court martialled for pasting a Bible verse on her desk and refusing to remove it. The Bible verse simply said, “No weapon formed against you shall prosper” (Isaiah 54:17) – hardly offensive!

How did we reach the point where atheists are now dictating public and corporate policy? Because that is what is happening here. The powerful influence of the secular / atheist movement has grown to the point where religious faith is now being censured an many levels of society.

The rhetoric of the leaders of this new incarnation of atheism has heated up remarkably in recent years. One of their leading spokespersons, Richard Dawkins, in a post on his atheistic website several years ago (a post which has since been removed but can still be traced on the internet) stated:

“We [atheists] need to go further: go beyond humorous ridicule, sharpen our barbs to a point where they really hurt. …You might say that two can play at that game. Suppose the religious start treating us with naked contempt, how would we like it? I think the answer is that there is a real asymmetry here. We have so much more to be contemptuous about! And we are so much better at it. We have scathingly witty spokesmen of the calibre of Christopher Hitchens and Sam Harris. Who have the faith-heads got, by comparison? Ann Coulter is about as good as it gets. We can’t lose!”

This kind of rhetoric, inciting atheists to engage in aggressive, barbed ridicule of “faith-heads” should be completely unacceptable in a mature, respectful society, yet it appears to be gaining momentum.

So, to any aggressive atheists who may end up reading this, I would like to say this:

By all means, feel free to believe in nothing; to believe that nothing created you and nothing is behind the existence of the universe. But please also respect the rights of others to believe in something and Someone. The fact that I believe in the God of the Bible is my business, not yours. It should not offend you and it should not threaten you, if you are a mature and reasonable person.

And I ought to be able to freely express my faith in plain view, without ridicule or risk of prosecution. If you can’t cope with a cross in a public park or a prayer in parliament or a Bible verse on a desk, you need to have a serious rethink about what it means to live in a free and democratic society.