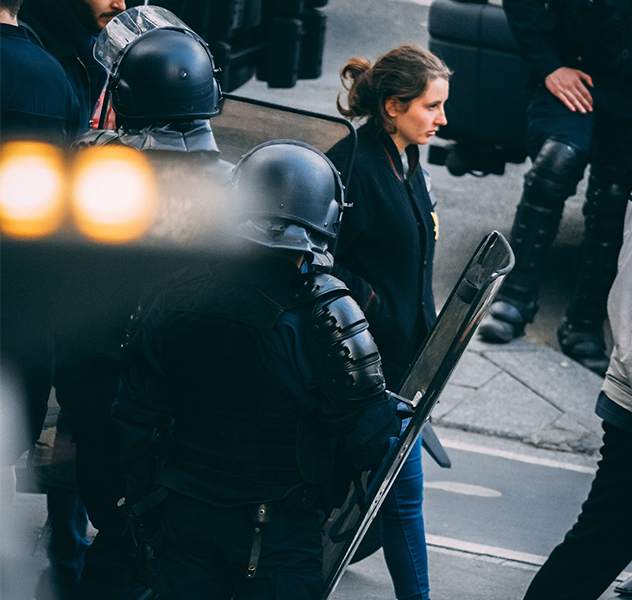 As American continues to protest and riot from coast to coast, Hillsong New York’s senior pastor has called on Americans to fight for racial justice.

Using the hashtag #occupyallstreets, and quoting Martin Luther King, Lentz stated, “A riot is the language of the unheard.” MLK.. you gotta make a choice right now, on how you see things. How you see people. Not through the media’s eyes, cause they lie.

Do you see “dangerous rioters”? Or do you see your family. If it was your family, you would ask what’s wrong. How can I help. Are you ok. What happened that has CAUSED THIS MUCH pain? Until you see things like that, we will keep seeing things like this. I saw a lot of my family today. They are not ok. So I’m not gonna be ok either.

In the video above, the sheer pain is seen in the woman on camera. Being treated as second class citizens clearly wears thin on African Americans, and while rioting and looting is not the answer, it is a sign of rebellion that authorities cannot ignore.

Protests are happening as far away as London, where 11 people have been arrested. A police officer in Los Angeles has been diagnosed with a fractured skull after being struck by a flying brick.

President Trump has tweeted on the issue, stating, “Get tough Democrat Mayors and Governors. These people are ANARCHISTS. Call in our National Guard NOW. The World is watching and laughing at you and Sleepy Joe. Is this what America wants? NO!!!”

The world is indeed watching, with the video of Chauvin suffocating George Floyd to death making headlines in every country. The footage indeed underlies the racial tension that sits just under the surface of American society.