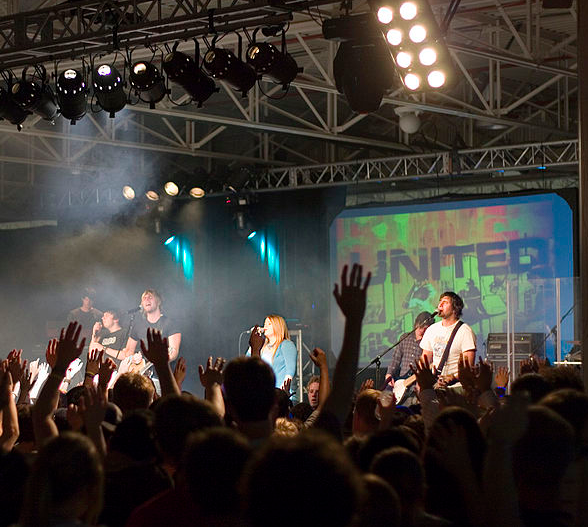 The Global Senior Minister of Hillsong Church, Brian Houston, has been charged by Australian police officers over the concealment of alleged child sex offences.

Important note: since the publishing of this article, Hillsong has released a new statement outlining the facts in this case.

Pastor Houston has faced criticism for many years for reportedly finding out about his father, Frank Houston’s, sexual abuse of young boys. There is no inference that Houston was any way involved, but rather concealed the matter once he found out.

“In 2019, an investigation commenced by officers attached to The Hills Police Area Command into reports a 67-year-old man had knowingly concealed information relating to child sexual offences,” New South Wales police said in a statement.

“Following extensive investigations, detectives requested the Office of the Director of Public Prosecutions (ODPP) review their brief of evidence.

“Police will allege in court the man knew information relating to the sexual abuse of a young male in the 1970s and failed to bring that information to the attention of police.”

It is alleged that during Frank Houston’s tenure as lead of Assemblies of God in New Zealand from 1965 to 1977, he abused many young boys in New Zealand and Australia.One victim in Sydney was allegedly routinely subjected to sexual abuse from the age of 7 to 12.In 1999, his mother reported the abuse to the church. At the time, Frank’s son Brian was the National President of the denomination Assemblies of God in Australia.

Upon hearing the report of the sexual abuse, Brian Houston immediately dismissed his father, forcing Frank Houston to quietly resign from the Sydney Christian Life Centre with a pension. By November 2000, internal church investigations had discovered several additional cases of child abuse.

It is believed that the legal challenge is based around the fact that although Brian Houston and the Assemblies of God executive council were legally obligated to report the crimes, they did not do so. Frank Houston allegedly made a payment of AU$10,000 to his victim.

In August 2007, further allegations emerged that Houston had allegedly sexually abused a trainee pastor during counselling sessions in the early 1980s.

On 8 October 2014 Brian Houston admitted to a Sydney hearing of the Royal Commission into Institutional Responses to Child Sexual Abuse that his father was guilty of other cases of sexual abuse against children. Brian Houston further expressed regret at not having reported his father to the police when he learned of the abuse in 1999, but noted that other senior members of the church had also known and also did nothing.

Pastor Houston stated at the time that one of the reasons why they chose not to go to the police was because one of the victims requested they not report it. The Royal Commission censured Brian Houston for his failure to report the sexual abuse allegations against his father and for his failure to avoid a clear conflict of interest investigating his own father while serving as National President of the Assemblies of God in Australia.

In 2015, the royal commission examined allegations that accused Brian Houston of concealing his father’s crimes and censured him for failing to report his father to the police. In November 2018, 60 Minutes aired a segment revisiting the sexual abuse scandal, because newly revealed documentation allegedly reveals that Brian Houston was deeply involved in a cover-up and that Frank Houston’s abusive behaviour was worse than initially thought.

The matter was referred to the New South Wales Police Force, which confirmed that Brian Houston was under criminal investigation for failing to report a serious crime.

“To our knowledge, Hillsong Church is not and has never been under investigation by the Police as a result of the findings of the Royal Commission into Institutional Responses to Child Sexual Abuse for claims made against Frank Houston.”

Hillsong went on to note that Brian Houston “was 45 years old and the primary victim was 37 years old”, some 30 years later, when he found out about his father’s abuse. Hillsong also states that numerous other pastors and individuals had knowledge of this matter prior to Brian Houston learning about it.

“Upon being told of his father’s actions, Brian Houston confronted his father, reported the matter to the National Executive Assemblies of God in Australia, relayed the matter to the governing board of Sydney Christian Life Centre, and subsequently made a public announcement to the church,” Hillsong said. “Brian sought to honor the victim’s multiple requests not to inform the police.”

The Sydney Morning Herald also reports that Pastor Houston and his wife, Bobbie, will return from Mexico, where he is currently preaching, to fight to clear his name.