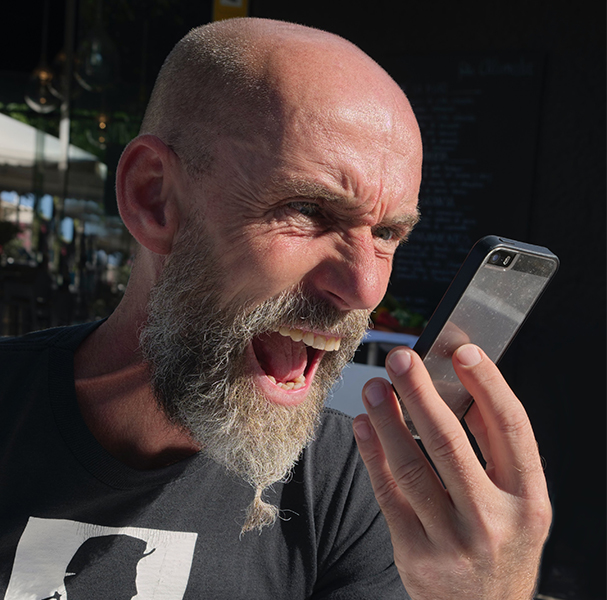 Fake news is nothing new; it’s been around for centuries.

Consider Jesus’ resurrection. A story was fabricated by the chief priests and the soldiers guarding Jesus’ tomb, saying that “His disciples came during the night and stole him away while we were asleep.” The writer continues, “And this story has been widely circulated among the Jews to this very day.” See that? “Widely circulated!”

The story of the stolen body was fake news. It wasn’t an alternative fact. It was just plain wrong.

With the advent of the internet and social media, false facts have taken on a life of their own. Reliable news and misinformation live together side by side, and sometimes it’s hard to tell the difference. It’s enough to make you cynical like Roman Governor Pontius Pilate. At his trial, Jesus told Pilate, “The reason I was born and came into the world is to testify to the truth. Everyone on the side of truth listens to me.” Pilate mockingly replied, “What is truth?”

As a Christian, I want to be a person of truth. I don’t want to be responsible for sharing anything misleading. I imagine you feel the same way, so here are a few things I do before I post or share so I don’t end up being a jerk online:

If a headline or post grabs your emotions, you’re more likely to share it. And yet, the more a post provokes you, the more likely it is to be misleading. Do you know that feeling of outrage? You can’t believe that it’s true, and you’re incensed, and you have to share it so others can be furious too. That’s when you need to take a deep breath. Decide never to post anything when you’re in that frame of mind ~ or when you’re tired, stressed, or anxious.

Genuine news will include sources for all information presented. Who’s quoted, and what are their qualifications? If statistics are cited, from which study are they taken? Was the research professionally conducted and peer-reviewed? If sources aren’t quoted, odds are it’s not authentic.

Don’t believe everything you read or watch. It could be a hoax, a wild conspiracy theory, or misinformation. Do an internet search to see if it’s been quoted by reliable news sources (Associated Press, Reuters, BBC, for example). Has it already been identified as false? If there’s a photo, is it genuine or fake? If it’s a video, who is presenting? Check out who created the video. What organisation(s) do they represent? What is their motivation?

The internet is teeming with fake news sites and other outlets with very low ethics of truthful reporting. Check out their media bias and level of factual coverage. Avoid far-right and extreme-left sites and especially those that perpetuate baseless conspiracies. Some fact-check sites give a tin-foil hat rating!

Regularly I receive links to articles and videos. Rarely do these come with a message like, “Hi Rob, would you please look at this and let me know your thoughts?” I know the motivation behind this. “They” want to convert me to “their” way of thinking on the topic of the day. I usually take the time to check it out and get back to them with a fact check. Predictably there’s no response, no “thank you so much for taking the time.” There’s just silence until the next article or video arrives. I eventually ask people like this to stop sending me unwanted commentary. That rarely works either. Choose not to be a jerk like that!

Sadly, false information gets blindly shared hundreds of thousands of times. Some people refuse vaccination because they’ve watched or read something and are now more fearful of the vaccine than of the SARS-CoV-2 virus. People are getting very sick and dying because they’ve listened to this sort of fake story. As Australia moves into the next pandemic phase and learns to live with the virus, we will see many more people getting sick. Many will recover, some will develop long-COVID, others will die. Most of this is highly preventable simply by being vaccinated. I strongly encourage you to chat with your GP and get a second opinion if you’re not satisfied.

See through the hype

Fake news will invariably play on people’s hopes and fears, anger, empathy, or sense of justice. And, have you noticed, it’s ALWAYS someone else’s fault? Blame the government, blame the health experts (think Dr Fauci, America’s Chief Medical Advisor to the President, and the heat he’s copped from people who don’t know the first thing about viral pandemics and immunology).

Harmful propaganda will always play on our fears and blame others for our problems. The 1918 flu pandemic was blamed on the Germans’ Submarines. In the 14th Century, the Bubonic plague was blamed on Jews, acting on behalf of the Muslim prince of Grenada, who had bribed the lepers to contaminate public fountains and wells to kill the Christians.

Casting blame legitimises our despising of the “other” who is viewed as the cause of our problems. If you’re a Christian, behaviour such as this lies far below the Royal Law of Scripture, “Love your neighbour as yourself” (James 2:8). Your behaviour online must be in line with the faith you profess!

I do all of the above BEFORE I post or share anything on social media. If you are a person of truth, you must do due diligence BEFORE you say or publish anything. But we all get it wrong sometimes. And when we do, let’s own it and apologise.

If I notice something false on someone else’s page, I invariably send them a private message. Sometimes I leave a comment on the thread. Mostly, my message is ignored, and the post remains.

Several months ago, a friend posted this on Facebook, “After hearing Mark Zuckerberg saying that posting the Lord’s Prayer goes against their policies….” He then posted the Lord’s Prayer and encouraged other people to share his comments that anything of the Gospel is considered HATE speech by Facebook. He continued, “So, I posted this because the Lord’s Prayer is against their company policy.” I let him know that this is a hoax that has been circulating on Facebook since 2014. He didn’t reply. No comments. No, “thanks for letting me know, Rob.” I’ve come to expect this kind of ghosting on social media. But what a sad day it is when we can’t be grateful, humble, and truthful. By the way, this false information was shared 257 times by his Facebook friends. People carelessly passed on the fake news and commented, “Amen,” dozens of times as if this was gospel truth. Which it isn’t. God help us!

If you post something fake or inaccurate, don’t be embarrassed but please be responsible. Apologise for the post and make sure others realise that your original statement was wrong.

Some of the bogus information circulating online is spread by bad actors. For example, a German-based conspiracy group (Worldwide Demonstration) has helped to coordinate protests across the globe, including in various Australian cities. “The group’s various Facebook and Telegram pages are awash with anti-vaccine and Covid-19 conspiracy theories, as well as other conspiratorial content such as QAnon and Islamophobia.”  (See reference)

Sadly, Christian people are being captivated by this dangerous rhetoric that leads them to behave in a less than Christian way. We must be better than this!