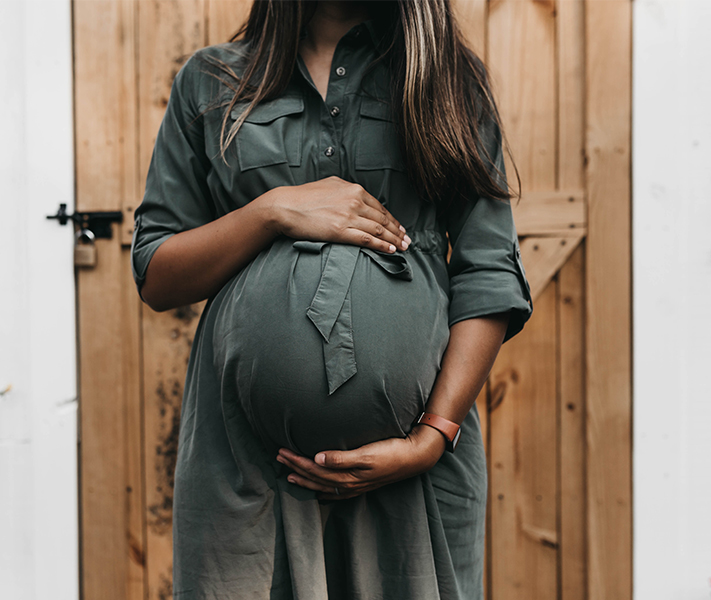 “The wicked freely parade and prance about while evil is praised throughout the land” (Psalm 12:8).

Almost a year ago, I wrote an article with a similar title when the so-called Reproductive Health Act passed in New York with thunderous applause in the state Senate chamber. I could not believe what I was reading: People actually applauded the slaughtering of children. Was I having a dream . . . a nightmare? Was this real?

As I’m writing this, the final results of the Georgia election and the presidency are still up in the air. Regardless of your political views, we should all be heartbroken at the state of our nation today. For example, by supporting certain candidates, many are cheering that healthy 9-month-old babies can be removed limb-by-limb. You may say, “But I’m not cheering abortion.” If you support those who support it, you are—let that sink in.

You’re also cheering that children can be influenced by transgenderism and be encouraged to change their sex (which is not possible by the way). Cheering that Congress will attempt to remove all male pronouns. The list of insanity that you’re supporting is endless.

Granted, these issues have been in America for years, but there is a huge difference between a politician who encourages perversion and murder, and one who fights against it. And I’m getting very frustrated at those who say, “But the Republicans haven’t done much to stop abortion either.” The reason is that adversaries in the House and Senate have fought for abortion rights. The enemy of our soul has done a great job preventing the shutting down of abortion mills and silencing churches via silent pastors. The view that Republicans haven’t done much is really just an excuse and a straw man argument.

I’m not writing this from a political party standpoint—I’m writing this from a God-fearing standpoint. When human life is devalued, atrocities such as the Holocaust, slavery, sex-trafficking, and abortion occur. God help us when we ignore our calling to confront evil. But how did we get here and what can we do?

The Church Must Be Revived

As I said in my recent sermon and article, both titled, The Great Reset of the Church: In the same way that Jesus warned the lukewarm church in Laodicea, He warns us today: “I know your works, that you are neither cold nor hot . . . So then, because you are lukewarm, and neither cold nor hot, I will vomit you out of My mouth.” (See Revelation 3:15-17.)

I believe that the church in America resembles the Laodicean church more than at any other time in our history. Sadly, conviction is replaced with complacency, and God’s glory is often replaced with gimmicks and marketing ploys. Just look at the top sermons viewed on social media today. The preachers are motivational speakers, not voices “crying in the wilderness.” It’s about being bigger and better instead of holier and humble.

Like many today, the Laodiceans thought that they were in the center of God’s will. They were large, wealthy, and involved in the community. They looked at numbers, but Jesus looked at the heart and said that they were “wretched, miserable, poor, blind, and naked.” His strong words were meant to convict and challenge, not coddle and comfort. In order to confront the massive cultural shift mentioned above, the church must be revived: “Wilt thou not revive us again: that thy people may rejoice in thee?” (Psalm 85:6).

How did we get here? A deathlike, deep slumber, has overtaken the church and God has allowed the complete breakdown of society. The beacon of light has faded, the salt has lost its savor, and the message of the cross has been edited out of most sermons. We have lost our fervor for the truth. Consider the following and how they may have played a role in where we are today—applauding murder and perversion:

Additionally, many Christians enjoy programs about the occult, vampires, witches, zombies, illicit sex, and other perversions of the truth. A Christian should not be entertained by darkness. If we are, our heart needs spiritual resuscitation. “If your sinful nature controls your mind, there is death. But if the Holy Spirit controls your mind, there is life and peace” (Romans 8:6).

The church cannot be political . . . unless it’s “politically correct.” I’m often reminded of God’s words to Jeremiah, “I have not sent these pastors but they ran. I have not spoken to them but they spoke. But had they truly stood in My counsel, they would have turned the people from their evil ways” (paraphrasing Jeremiah 23:21). I agree with Leonard Ravenhill here: “We need more prophets in our pulpits and less puppets.” God uses true prophetic voices to confront and convict.