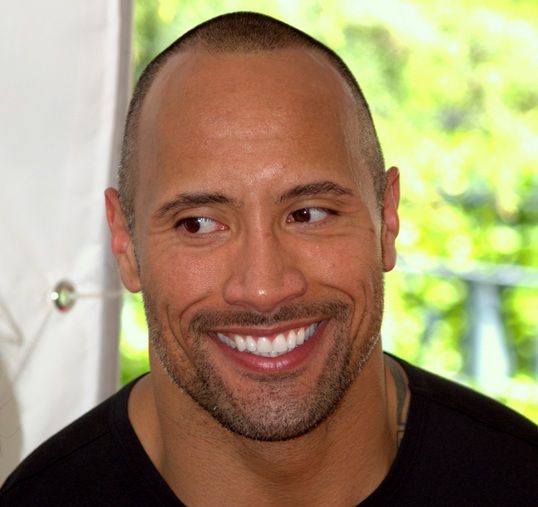 The plot thickens as our contemporary cancel culture gets into a feeding frenzy. Who will the next victim be?

First, there was an attempt to cancel Joe Rogan’s massive podcast because he was allegedly spreading misinformation about COVID and vaccines.

Next, acting superstar and former professional wrestler Dwayne Johnson (aka the Rock), stood up for Rogan, saying, “Great stuff here, brother. Perfectly articulated.” Yes, Johnson was looking forward to “coming on one day and breaking out the tequila with you.”

But then a damning compilation from Rogan’s podcasts was released where, in years past, he freely used the n-word, not in a derogatory way towards blacks, but saying it and repeating it nonetheless. (For example, if he was quoting someone who used it in the past, he did as well.)

And how did this affect Johnson’s support of Rogan?

As reported on Vulture.com, “After author Don Winslow tagged Johnson in a tweet linking to the compilation video, Johnson replied, ‘Thank you so much for this. I hear you as well as everyone here 100%.’ He continued, ‘I was not aware of his N word use prior to my comments, but now I’ve become educated to his complete narrative. Learning moment for me.’”

So much for Johnson’s support, understandably.

As Rogan himself said in a subsequent apology, it was the “most regretful and shameful thing” that he ever had to address in a public setting.

“I know that to most people,” he said, “there’s no context where a White person is ever allowed to say that, never mind publicly on a podcast, and I agree with that. Now, I haven’t said it in years.” (Rogan also claimed that the compilation did take his quotes out of context.)

Unfortunately for Johnson, what goes around comes around, and if you have dirty laundry in your own closet, you can expect it to be exposed.

And when it comes to professional wrestling, where Johnson first rose to fame and fortune, racial (or ethnic) caricaturing has long and sordid history.

Not surprisingly, a short video was found with Johnson making fun of the Chinese language. And the Swedish language. (I found this 5-minute clip from 2010 on YouTube with over 469,000 views, titled, “The rock speaks swedish and chinese,” giving the full context for the language segments. Judging from the comments, people took it as attended, as the Rock being silly rather than offensive.)

Then he called wrestler Kane a retard. Then – here’s where he fell over the cliff – he likened wrestler John Cena to “a bloated transvestite Wonder Woman.”

Now, as reported by Dan Lawrence on the Giant Freakin Robot site, “Trans Comments From Dwayne Johnson Result In Push To Get The Rock Canceled.”

Yes, “Johnson’s latest negatively perceived situation comes as a result of a series of comments exposing the actor’s alleged mockery of the Trans community. This has resulted in a Twitter trend picking up speed to get ‘The Rock’ canceled for his remarks.”

Did I say what goes around comes around?

I’m certainly not laughing at his transvestite or retard comments. (As for his Chinese and Swedish jokes – please.)

But I am saying that a former superstar professional wrestler who was anything but PC is probably one of the last ones to criticize another public figure for not being careful with his or her speech.

Of course, hardly a day goes by without someone getting caught for an infelicitous (or worse) past comment.

And we all know about Whoopi Goldberg’s extremely ill-advised comments about the Holocaust, earning her a two-week suspension from The View.

Who will get cancelled next? And what statement from years ago will come back to bite someone? (I address this destructive phenomenon at length in my newest book, The Silencing of the Lambs: The Ominous Rise of Cancel Culture and How We Can Overcome.)

The reality is that, without a change of mentality, this will never end. And the more sensitive we become, the worse things we will get, until we are sitting in a circle and firing at each other.

My proposal is that we all learn to speak the truth with grace and respect but without compromise, seeking to love our neighbor as ourself.

That we also learn to be a bit more tolerant and less thin-skinned.

That we take full responsibility for our wrongs.

And that we learn to forgive one another and move on, giving a clear path for redemption.

As for Joe Rogan, Daniel Ek, the CEO of Spotify which hosts his podcast, said this to his staff: “I know some of you feel disappointed, or angry, or even hurt, by some of this content and the fact that it remains on our platform.” And, “There are many things that Joe Rogan says that I strongly disagree with and find very offensive.”

Yet, he noted, Rogan is “the number one podcaster in the world by a wide margin” and it is “really critical that creators are able to use their voice independently,” as Spotify has “diverse voices.”

He added “We’re not in the business of dictating the discourse that these creators want to have on their shows.”

And speaking with some real insight, he said, “If we only wanted to make content that we all like and agree with, we will need to eliminate religion, and politics, and comedy, and health, and environment, and education.” Indeed, “the list goes on and on and on.”

Then this: “We should have clear lines around content and take action when they are crossed, but canceling voices is a slippery slope. Looking at the issue more broadly, it’s critical thinking and open debate that powers real and necessary progress.”

To repeat: canceling voices is a slippery slope.

In saying this, Ek echoed the words of comedian and podcaster Jon Stewart, whose counsel was, “Don’t leave. Don’t abandon. Don’t censor. Engage.”