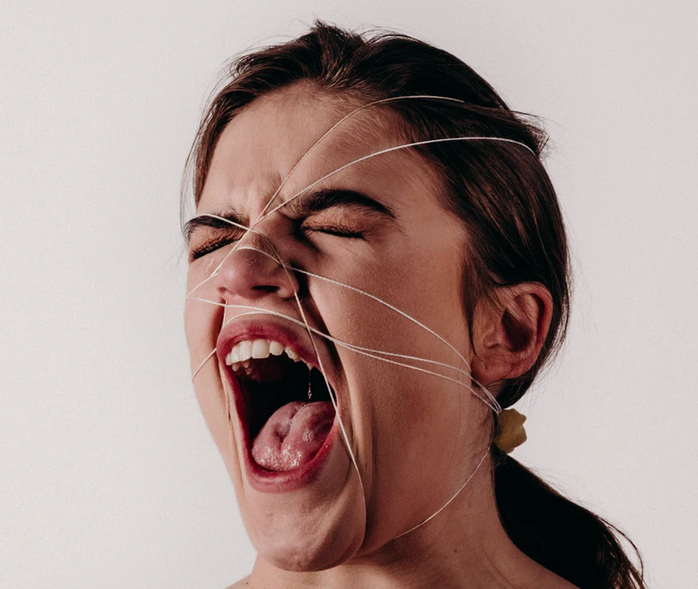 In my younger years as a Christian, I thought that it would be sinful to be angry with God. I viewed it as a sign of disrespect, and God would probably be mad with me for being mad at him, which could lead to all sorts of things because he is, well, bigger!

I don’t know where I got this idea. Maybe it was the teaching I received in my Pentecostal formation. Perhaps my own Bible reading and study sometimes focused on the angry God verses. It appeared it was okay for God to be angry but not us.

Fortunately, I have matured in my faith. These days I read more widely and understand the Arc of Scripture, that the Bible develops and grows as well. The ultimate Bible we should read is the life of Jesus because he was the Word made flesh.

I’ve come to understand that anger is not bad in and of itself. That it is possible to “Be angry, and sin not.” Jesus expressed anger on a few occasions. One day he was in the synagogue, and some people were looking for a reason to accuse him of breaking the law. They watched him closely to see if he would heal someone on the Sabbath. Mark tells us that Jesus looked around at them in anger and, deeply distressed at their stubborn hearts.” He then proceeded to heal a man with a shrivelled hand. The “Pharisees went out and began to plot with the Herodians how they might kill Jesus.” And they probably couldn’t spot the hypocrisy in their hearts. No wonder Jesus was angry.

I believe Jesus was angry when he made the whip and drove the salespeople and money changers out of the temple. I can’t imagine Jesus doing this with a smile on his face and asking nicely! He said, “Get these out of here! How dare you turn My Father’s house into a marketplace!” He was angry that these people were taking up space in the Temple court, excluding the poor and marginalised that should have been welcomed in God’s house. I believe Jesus is still angry today with churches and ministers who banish certain people.

Consider the report released yesterday revealing the systemic abuse in the Southern Baptist Convention, America’s largest Protestant denomination. The damning report shows decades of abuse and coverups of child molesters and other abusers who were in the pulpit or employed as church staff. Of senior leaders who refused to act against abusers. Of victims who were disparaged and “turned against.” Of people paid off or bullied to keep silent.

All this is from the same denomination that has restricted women in ministry because “the Bible is clear.” It’s the same group that has vilified the LGBTQIA Community. They are pro-life but also pro-gun and pro-death penalty. No hypocrisy to see here. Move on, please!

Sadly, conservative fundamentalists have systematically and deliberately taken over the Southern Baptist Convention. And while they were dictating what women should wear, where they could or could not minister, and who people could marry, they were covering up the worst of abuse. Jesus is angry.

I get angry, too, and now I know it’s alright to feel this way. It’s okay to be incensed at injustice and insincerity. It’s acceptable to be angry when people abuse their power to abuse others. Anger is a righteous response, and it’s okay to be angry with God. God has broad shoulders, and my anger does not intimidate him.

My Rabbi friend said this to me recently: “it is important to note that it is not only okay to respond negatively to G-d’s answer to our questions/prayers in the Hebraic tradition. It is indeed encouraged when appropriate. We are taught that we should have a full range of a relationship with G-d, which would include anger and disappointment alongside love and acceptance. All Avraham, Sarah, Moshe have very vocal and public arguments with G-d.” I’d add Job to his list (Job 7:20; 10:1-2).

Author Philip Kosloski put it this way, “So the next time you feel anger towards God because of an unfortunate situation, don’t bottle it up; cry out like Job and question God. Wrestle with God as Jacob did in the desert (see Genesis 32:23-31). After that episode, Jacob was given a new name, Israel, which means, “He who strives with God.” Only after we have wrestled with God can our relationship be repaired and begin the long path of healing.”

Anger is a natural and normal emotion experienced by God and people alike. But like any emotion, it can get out of control. And it is that kind of anger the Bible condemns. In our anger, we must be careful not to sin. Remember, “a hot-tempered person stirs up conflict, but someone slow to anger calms strife.” (Proverbs 15:18).