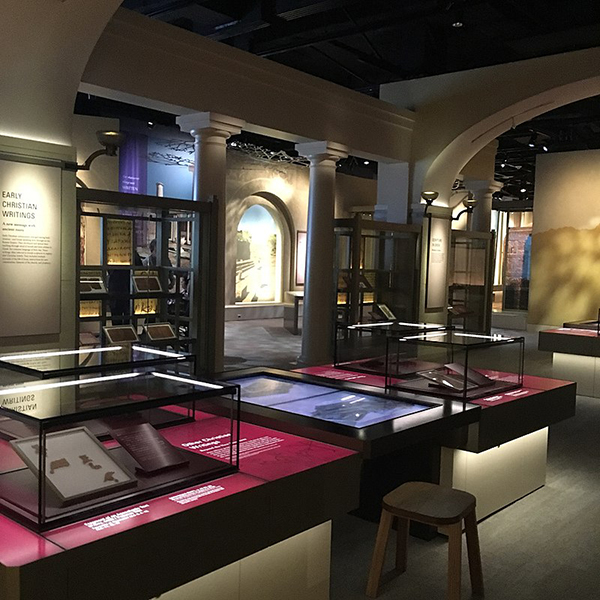 It turns out that there is some news outside of the coronavirus as word surfaces that the Museum of the Bible’s scrolls are all fake.

In a statement, the Museum of the Bible noted that, “After an exhaustive review of all the imaging and scientific analysis results, it is evident that none of the textual fragments in Museum of the Bible’s Dead Sea Scroll collection are authentic.”

The review was overseen by Colette Loll, founder and director of Art Fraud Insights. In a detailed report about the findings, she stated: “Moreover, each exhibits characteristics that suggest they are deliberate forgeries created in the twentieth century with the intent to mimic authentic Dead Sea Scroll fragments.”

In 2016,13 of the museum’s fragments were published by a team of scholars in Dead Sea Scrolls Fragments in the Museum Collection. Since publication, scholars have expressed growing concern about the authenticity of some of these fragments — especially since all were purchased after 2002 when suspected forgeries entered the market.

Extensive appraisals of the scribal features revealed inconsistencies with authentic DSS. Pending further analysis, Museum of the Bible displayed, upon opening in November 2017, five of its DSS fragments with exhibit labels indicating that authenticity had not yet been verified.

“Notwithstanding the less than favorable results, we have done what no other institution with post-2002 DSS fragments has done,” Museum of the Bible Chief Curatorial Officer Dr. Jeffrey Kloha said. “The sophisticated and costly methods employed to discover the truth about our collection could be used to shed light on other suspicious fragments and perhaps even be effective in uncovering who is responsible for these forgeries.”

However, back in 2018, German scholars reportedly revealed five of the Bible Museum’s 16 Dead Sea Scrolls fragments were apparent forgeries. The museum had been forced to admit a painful truth: technical analysis by a team of German scholars has revealed that at least five of the museum’s 16 scroll fragments were apparent forgeries.

When Washington DC’s $US500 million Museum of the Bible held its grand opening in November 2017, attended by Vice-President Mike Pence, there were questions even then about the authenticity of its centerpiece collection of Dead Sea Scrolls.

The announcement has serious implications not only for the Bible museum, but for other evangelical Christian individuals and institutions who paid top dollar for what now seems to be a massive case of archaeological fraud.

The museum has released its report, which can be read here.