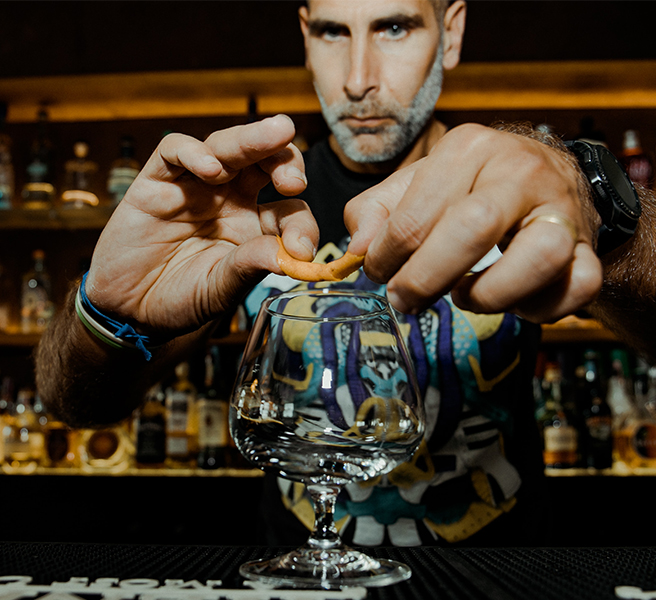 The controversy divided the congregation. “You want to start a ministry in a pub? Jesus would roll over in his grave!”

Aside from already rolling over–and out, I suspect Jesus is just fine with the pub outreach. But I know not everyone agrees. In fact, when people see a pub ministry depicted in our documentary When God Left the Building, some react quite negatively. One church leader told me he would not show the film at his church because of this scene. “What kind of witness is that?” he asked. “Especially when the Bible is so clear about the evils of alcohol.”

Before I could remind this man of Jesus’ first miracle, he brought it up. “I know Jesus turned water into wine,” he said. “That’s always bothered me.”

I asked, “If Jesus were standing right here, what would you say to him?”

Others who’ve seen the film have reacted differently. For instance, Pastor Leon Bloder in Eustis, Florida, asked his congregation, “Where do you think Jesus went?” And though some members were dubious, the church decided to start a Lifetree Cafe ministry at a local wine bar.

Now, every Monday night people from the community come to this bistro, order drinks and food, and settle in for a guided discussion that leads to biblical and Jesus-centered conclusions. It’s often standing-room-only. “We have a lot of people that don’t want to come to church, but they come here,” Bloder said.

Though there’s no agenda to lure the wine bar patrons into his church’s pews, Bloder sees how this outreach–and others–have helped the church grow in many ways. Over 90 percent of his members are now actively involved in ministry. “We tell our people: we are the church, wherever we go,” he said.

But that concept of taking God out of the church building threatens many rigid church folks–especially if it disrupts longstanding tribal rules and traditions. Many churches and denominations would rather deteriorate and die than tamper with their traditional image. Bloder said, in the American church at large, “there’s a fear that we’ll lose our identity if we change.”

Traditions are fine, until they impede the work of Christ. In order to be “in the world, not of the world,” we need to be IN it.

Listen to my entire conversation with Pastor Leon Bloder here on the Holy Soup audio podcast: