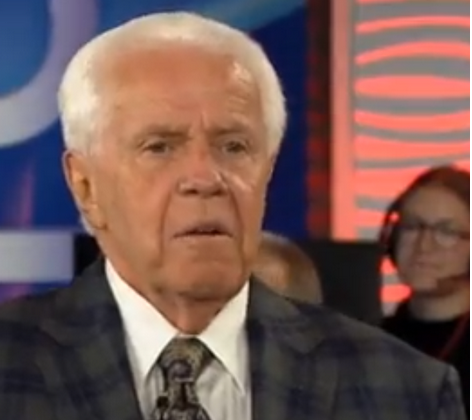 Televangelist Jesse Duplantis has made a wild claim during a recent fundraiser, claiming Jesus hasn’t returned yet because Christians are not giving properly.

Speaking at Kenneth Copeland’s “VICTORYthon” fundraiser last Tuesday, where Copeland was raising money for a private jet to ensure he does not have to take the Covid vaccination which he claims is the Mark of the Beast, Duplantis, supporting his televangelist friend’s fundraiser, stated: “I honestly believe this – the reason why Jesus hasn’t come is because people are not giving the way God told them to give.

“You see what I’m saying? I mean, when you understand that you can speed up the time…”

While the Bible says that no one knows the hour or the day Jesus will return, Duplantis, who did not use scripture to back up his theology, believes Jesus is waiting for Christians to give more.

Copeland and other leaders were quick to laugh about the story. Duplantis continued, “Oh, he couldn’t handle that. He had a fit. And I said, ‘You mess with me, and I’ll buy this station and I’ll fire you.’”

He then stated, “You know, that was a little fleshly, but it felt good,” to scattered laughter and applause.

Duplantis has been heavily criticized for his comments. He recently donated $100,000 worth of generators after being heavily criticized after his ministry did not do enough to help his community of St. Charles Paris which was hit by Hurricane Ida.

During the hurricane, 95% of his parish were without electricity.