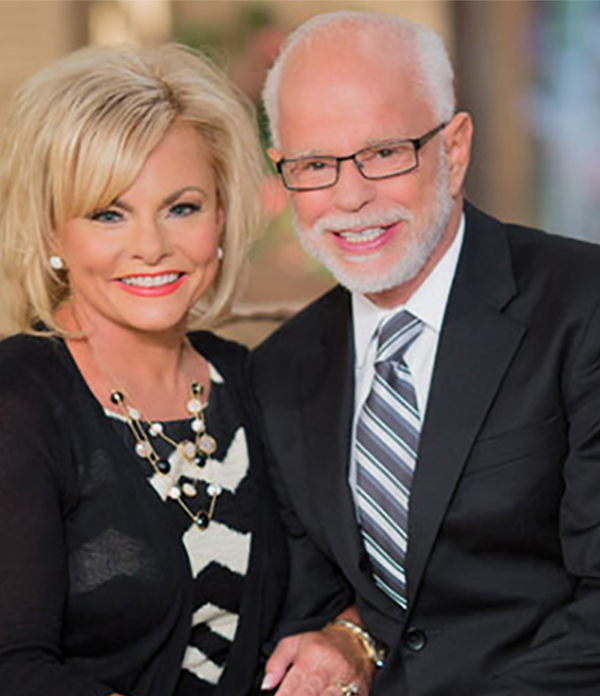 Controversial televangelist Jim Bakker has said that you have to be a Christian to support Donald Trump.

Bakker, who has a colorful history as a TV preacher, used his TV show last Monday, The Jim Bakker Show, to weigh in on politics and Trump.

“Trump is a test whether you’re even saved,” he stated on his show.

RELATED: On Benny Hinn, why you don’t need the prosperity gospel to prosper

“He keeps signing things to protect the church, and he’s helped Israel, and recognized Israel. He’s fulfilling the Bible, whether you like it or not. ” Only saved people can love Trump.”

Bakker is a controversial preacher who has resurrected his ‘career’ with his own show. He and televangelists like Kenneth Hagan, Kenneth Copeland and the like are from a period of Christianity that many would like to forget.

Even infamous televangelist Benny Hinn recently denounced the prosperity gospel, however many believe his comments were only made after his nephew released a tell-all book on the lavish life the Hinns led.

With his former wife Tammy Faye he hosted the The PTL Club, an evangelical Christian television program from 1974 to 1989. He also developed Heritage USA, a now-defunct Christian theme park in Fort Mill, South Carolina.

A cover-up of hush money paid to a church secretary, Jessica Hahn, for an alleged rape led to his resignation from the ministry. Subsequent revelations of accounting fraud brought about his conviction on felony charges, imprisonment and divorce. Bakker later remarried and returned to televangelism, founding the Morningside Church in Blue Eye, Missouri.

He currently hosts The Jim Bakker Show, which focuses on the end time and the Second Coming of Christ while promoting emergency survival products. He has written several books, including I Was Wrong and Time Has Come: How to Prepare Now for Epic Events Ahead.

Bakker is also focused on selling emergency food and survival gear for the pre-End Times period.