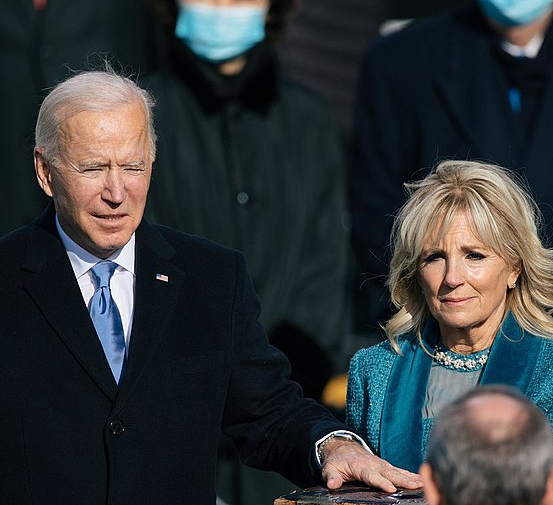 U.S. President Joe Biden has told attendees of the annual National Prayer Breakfast that it is better to serve than be served.

Speaking at the 70th anniversary of the event, Biden, a devout Catholic, told the audience the importance of serving. “I pray that we follow what Jesus taught us – to serve rather than be served,” Biden told the crowd. “I don’t always do it. I try.”

While having the President speak is an honor for the event, Biden was a controversial speaker after his stance on abortion. Last September, Biden said life doesn’t begin at conception. This, however, was not enough to stop Pope Francis from calling him “a good Catholic“, before allowing him to take communion at a Mass in Rome.

“Rather than driving us apart, faith can move us together,” he said. “Different faiths have the same fundamental basic beliefs: to treat one another with kindness.”

On politics, Biden stated that he would like to see Democrats and Republicans to “see each other as we should – not as enemies but as neighbors, not as adversaries but as fellow Americans.”

The National Prayer Breakfast is a yearly event held in Washington, D.C., usually on the first Thursday in February. The founder of this event was Abraham Vereide. The event—which is actually a series of meetings, luncheons, and dinners—has taken place since 1953 and has been held at least since the 1980s at the Washington Hilton on Connecticut Avenue NW.

“He said, “Home problems, business problems, health problems, family problems, personal problems. We want to scream at life. We want to bury our heads in the sand and say, ‘That maybe it’ll go away.’ But it doesn’t go away, it’s still there… Jesus said there would come a time in history when men would be pressed like this from all sides and He said there will be no way out. Except one. He said there will be one way out and only one. He said, ‘I am the way, the truth, and the life. No man can enter the Kingdom of God except by Me.’”

The National Prayer Breakfast, held in the Hilton’s International Ballroom, is yearly attended by some 3,500 guests, including international invitees from over 100 countries. It is hosted by members of the United States Congress and is organized on their behalf by The Fellowship Foundation, a Christian organization.

It is designed to be a forum for the political, social, and business elite to assemble and pray together. Since the inception of the National Prayer Breakfast, several U.S. states and cities and other countries have established their own annual prayer breakfast events.

Inspired by the U.S, event, both the United Kingdom and Australia host annual prayer breakfasts.