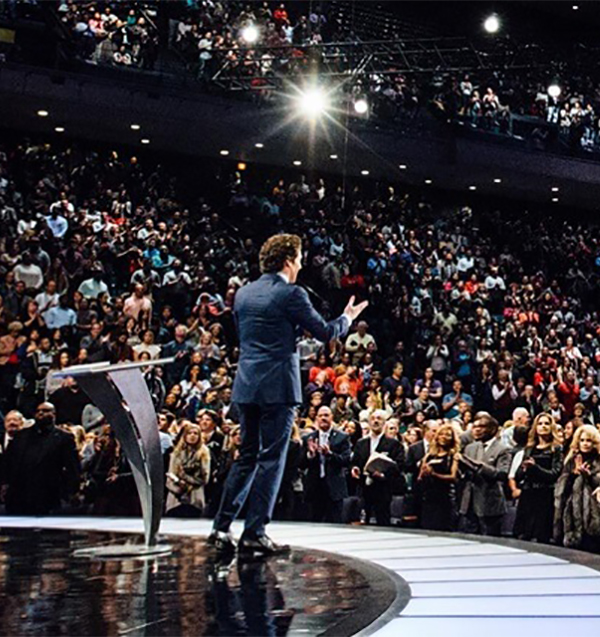 While the president is telling us not to panic, on a global level, the cornoavirus is starting to take a stranglehold, and now Joel Osteen has announced that all live services are being canceled.

As Houston Mayor Sylvester Turner has declared a public health emergency, the Lakewood megachurch has canceled weekend services for the foreseeable future.

Church officials said they will continue to monitor the situation and hope to resume assembly in the future.

The church’s worship services page on their website now states that all services will be livestreamed.

“Lakewood’s leadership has decided not to hold public services this weekend,” the church stated. “Instead, Lakewood will broadcast its services exclusively online … we will continue to monitor the situation week by week and hope to resume the assembly in the very near future.

“While we apologize for any inconvenience this causes to our members and visitors, we feel that this move is necessary to ensure the well being of all of the citizens of this great city, especially the most vulnerable among us.”

At this point in time, there have been no plans to cancel Osteen’s ‘America’s Night of Hope’, which the celebrity pastor is running with Kanye West.

The World Health Organization has officially labeled the virus a pandemic, and just yesterday we have seen the NBA suspend all games for this season. in addition, Hollywood star Tom Hanks is the first high profile coronavirus case after contracting the virus while filming a new movie on Australia’s Gold Coast.