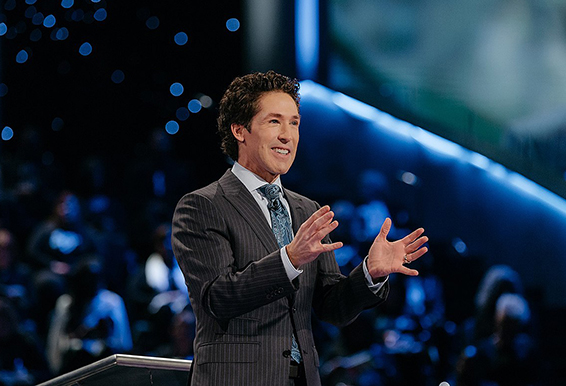 Kanye West and Joel Osteen have announced that the music star will be bringing his Sunday service to Lakewood Church.

RELATED: So Kanye West might change his name to ‘Christian Billionaire Genius’

It only seemed like a matter of time before Kanye would be invited to a megachurch, and the perfect fit in most people’s eyes would be Joel Osteen.

It is reported that Joel Osteen will interview the multiple Grammy award winner and now Christian music start about his journey to faith.

West recently dropped his new Christian album, ‘Jesus Is King’, and already the album is number one on both Billboard’s Top Christian Albums and Top Gospel Album charts.

It is reported that Osteen will conduct a 15 to 20-minute conversation with West at a morning service, with West also appearing at the evening service to perform with his choir.

“Joel is still putting his questions together, but he will talk about Kanye’s journey to his faith,” Donald Iloff told the Houston Chronicle.

West’s Sunday Service will be broadcast live so you can tune in and watch the whole thing.

Kanye West launched his own church service earlier this year called Kanye’s Sunday Services. His wife, Kim Kardashian, was recently baptized in Armenia, along with their three children.